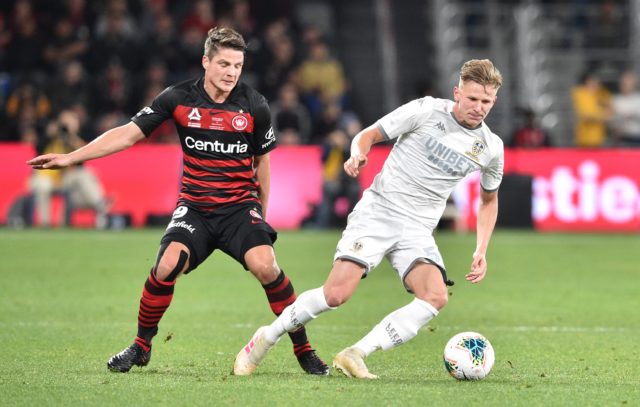 According to reports from Arena Napoli, Serie A giants Napoli could consider move for Leeds United teenager Mateusz Bogusz.

The highly-rated playmaker has grown frustrated with the lack of first-team opportunities under Marcelo Bielsa and has admitted that he is angry with the Argentine boss.

The 18-year-old joined Leeds in January 2019 after impressing for Polish side Ruch Churzow’s first team. He has made a strong impact for Carlos Corberan’s Under-23 side, where he scored and created goals for others.

He was a part of Leeds’ pre-season tour of Australia and was expected to play a significant role for the first team. However, that didn’t happen. Leeds are top of the Championship and are close to securing promotion, and Bielsa has struggled to give him regular opportunities.

Bogusz told Polish outlet Meczyki earlier this week: “I’m angry that I don’t get a chance. But when I look at development and how it is working here, I can tell you honestly – I feel I’ve developed incredibly.”

However, it seems Serie A giants Napoli are looking to take advantage of his situation. Bogusz is about to enter the final 12 months of his current contract and Andre Radrizzani must do everything to tie him up on a new deal.

He is a fantastic young talent, and Napoli now feel they will have a good chance to lure him away from Elland Road on the cheap.