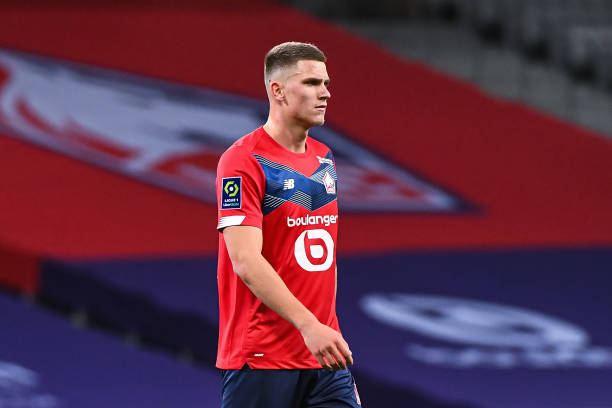 Liverpool are expected to bring in a new centre-back before the winter transfer window shuts following long-term injuries to Virgil van Dijk and Joe Gomez.

Joel Matip has also struggled to remain fit on a consistent basis and is currently out injured, with manager Jurgen Klopp left with Fabinho as his only available senior centre-back option.

The duo of Rhys Williams or Nat Phillips have filled in for the injured trio, but they remain with their shortcomings given their relative inexperience, and Reds legend Jamie Carragher believes his former side must sign another central defender before the end of January in order to boost their chances of retaining the title.

As a result, Liverpool have been linked with a couple of options, including Lille centre-back Sven Botman.

The Reds have reportedly contacted the agent of the 20-year-old over a possible move in the coming days, but The Athletic’s James Pearce has poured cold water on such reports.

According to the journalist, there are no talks over a deal for the Dutchman and Liverpool aren’t considering a move for him.

No talks over a deal for Sven Botman. Liverpool not considering a move for him. Sounds like someone is trying to drive up the price/interest in the Lille defender. #LFC

It appears that his agent is looking to drive up the fees and interests in the Lille star, and the Liverpool links could have helped with that as suitors emerge.

He has also been linked with Manchester United, and it appears that cash-strapped Lille will be looking to cash in on him before the end of the January transfer window.

It remains to be seen whether Liverpool will land a new defender this month, but a move for Botman is ruled out and it will be interesting to see who arrives.