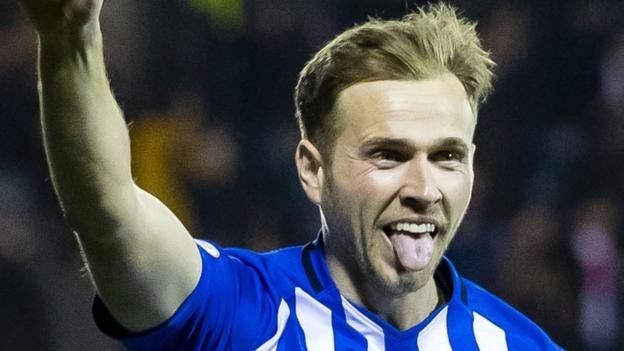 According to The Scottish Sun, Rangers have secured the signing of Birmingham City striker Greg Stewart on a two-year deal.

The 29-year-old, who first left the Light Blues when he was 13 spent the first-half of the 2018-19 campaign on loan at Kilmarnock before heading to Aberdeen for the other half of the season.

His contract with the English outfit expires this summer, and an official announcement is expected to be made in the coming days, making Stewart manager Steven Gerrard’s third pre-contract signing ahead of next season, after deals for Kilmarnock’s Jordan Jones and Motherwell’s Jake Hastie were sealed.

The Scottish forward impressed with the Killie, registering eight strikes in 16 appearances.

His switch to Pittodrie didn’t exactly go down well, though, as he scored just once in 17 games for Derek McInnes’ men.

Nevertheless, Rangers will be hoping to rely on Stewart’s experience next term as they look to challenge Celtic to the Premiership title, the Scottish Cup and the Scottish League Cup.