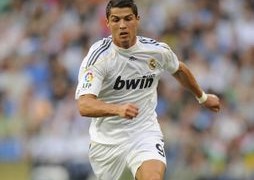 Real Madrid can their lead at the top of the La Liga table to three points as they host Sporting Gijon on Saturday.

Real Madrid have been on terrific form in La Liga with eight wins in a row and averaging over three goals a match during that streak. Sporting Gijon are in the middle of the table, safe from relegation, and have a 2-1-1 record in their last four La Liga matches.

Sporting will be trying to break Real Madrid’s perfect 13-0-0 record the Bernabeu on Saturday night. It seems very unlikely as Sporting have a 2-3-7 away record and Real Madrid have been nothing short of dominant at home. They lead La Liga with 44 home goals and a +34 goal difference.

There are injury concerns for both sides as Real Madrid will be without Kaka and Karim Benzema. Sporting will be without Ivan Cuellar, Lola Smiljanic, and Francisco Maldonado are out with injuries.

A win for Real Mardrid would put pressure on Barcelona, who don’t play until Sunday evening. While getting knocked out of the Champions League last week by Lyon was disappointing, Real Madrid can now focus on winning the La Liga title.

It should be another dominating win for Real Madrid and Sporting Gijon will be lucky to keep it within a few goals.

Real Madrid will win the match 4-1.