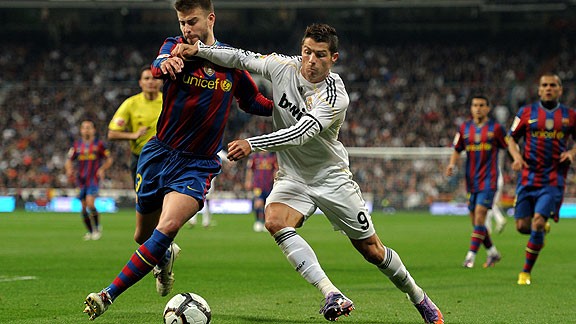 Real Madrid have protested over plans for the La Liga clash between Girona and Barcelona taking place overseas report the BBC.

La Liga proposed to the Spanish football federation that the fixture should take place in at The Hard Rock Stadium in Miami on the 26th of January next year.

The plan is all about promoting the league and to give overseas fans of Blaugrana an opportunity to experience the thrill of a competitive game.

It’s not only The Spanish football federation that need to give their permission to the venue change. The proposal would also need to be accepted by UEFA, CONCACAF, and The US Soccer federation.

With Girona being the home team, they would give up home advantage and hand Barcelona a better chance of securing three points. That in itself is unfair on Real Madrid.

Moving games overseas has proved a success with The NFL and The NBA moving fixtures to Europe to improve the transparency of both sports.

It has been mooted in the past that The Premier League were considering a ‘39th game‘ to take place abroad. The move was opposed by a huge majority of fans. In fact only overseas fans were understandably behind the idea.

Could we see a similar La Liga proposal?… Quite possibly, but I would suspect the idea would be met with the same condemnation that the Girona v Barcelona proposal has.

The overall idea isn’t going away though, and the world’s leading leagues, continental federations and FIFA are always looking for ways to appease the global fanbase in hope of continuing the natural growth of the game.

I can see both sides of the argument, but personally I’m a traditionalist and before fixtures should be left alone as simply ‘home’ or ‘away’.