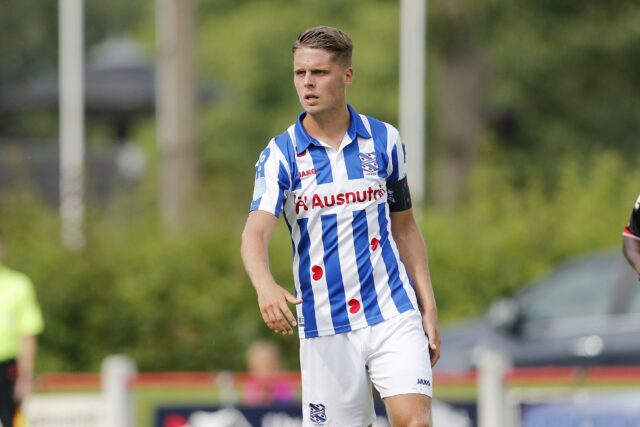 Rangers are keen to sign Joey Veerman this summer, but the Ibrox club are facing tough competition from Hellas Verona.

According to The Athletic, the Gers registered an interest in the 22-year-old several months ago, and they are still on the hunt for his signature.

His future is almost certain to be away from Dutch side Heerenveen. However, where he will land next is uncertain.

Verona made a bid of around €5 million, which was rejected. It is the only offer the club have received so far.

The player has accused Heerenveen of asking for “crazy money”, and Rangers must come up with a better offer than Verona if they want to sign him.

The young playmaker has impressed heavily in his past two seasons at the Eredivisie club, making 53 league appearances.

The Scottish Premier League champions are looking to build on the title-winning squad, with Steven Gerrard keen to bring players who will help the club do well in the Champions League.

The potential signing of Veerman is really exciting. He is a fantastic young talent who will add depth and quality to the squad.

At the same time, Rangers are well stocked in their central midfield region, and they need to offload some of their first-team players like Glen Kamara to balance the books.

If they don’t, it will become difficult for Gerrard to keep everyone happy.