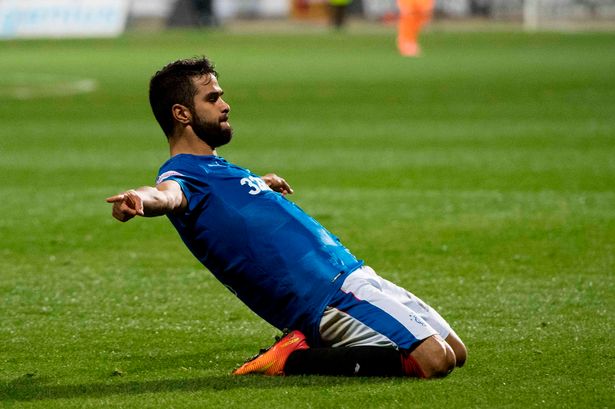 Aberdeen booked their place in the semifinals of the Scottish Cup after a 2-0 win over Rangers last night.

The Ibrox outfit were humiliated at home and the home fans will be livid with that performance.

Goals from McGinn and McLennan sealed a memorable victory for the visitors.

Rangers were below par throughout the ninety minutes and Gerrard will be demanding a reaction from his side next time out.

There were quite a few poor performances out there and Daniel Candeias’ display frustrated the home fans a lot.

The midfielder struggled to fashion out chances for his teammates and he seemed off the pace throughout the game.

Candeias will know that he needs to do better and he will want to prove his worth next time out.

It will be interesting to see if Rangers can finish their league season strongly now.

Rangers fans have taken to Twitter to share their thoughts on the midfielder’s performance last night and here are some of the reactions.

We will never win anything with Candeias on the wing. Amount of attacks he fucks up is agonising

Barisic, Katic, Goldson, Arfield, Candeias, Tavernier, Lafferty, Defoe, Davis, Flanagan and Worrall can all GTF in the summer with absolutely no regards

Said it for months – Daniel Candeias steals a Fucking wage at Rangers. For a so called winger, he can’t even cross the ball into the box & get it by the first man.

canny wait for rangers to replace candeias in the summer??

Candeias is having a shocker

What happened to Candeias tonight? Woeful

Candeias is pish been saying for months #

Candeias and barasic are absolutely rank ?,