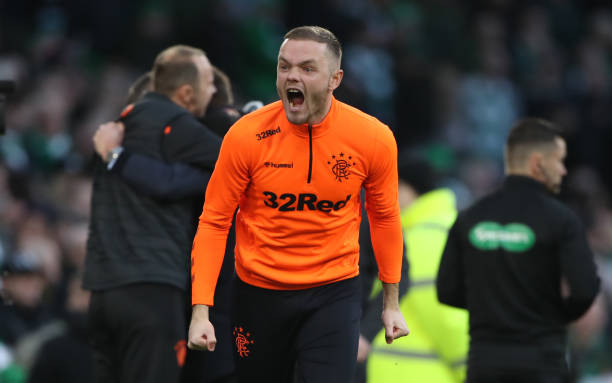 Rangers goalkeeper Andy Firth has signed a new contract that will keep him at Ibrox until the summer of 2021.

Firth, 23, has been with the Light Blues since last January after signing an 18-month upon arriving from English National League side Barrow, but he has featured in just one game so far.

The Rangers man came on as a substitute for Wes Foderingham on the final day of last season away to Kilmarnock in May, and has mainly being a training ground goalkeeper.

Nevertheless, the Ibrox outfit deemed it fit to hand him a new deal and he will continue to provide back up for the wantaway Foderingham and Allan McGregor.

Rangers fans can’t believe the club’s decision, and here is how they reacted to Firth extending his contract on Twitter:

he's needed for the 55 celebrations #Cheerleader

Need somebody to clean up after the 55 celebrations

The one player al never be mad that we are paying for and not playing.

We are all Andy Firth 💙

Best job in the world

This is the first time I've congratulated Andy Frth on his second contract. But who's counting?

You really do love to see it. pic.twitter.com/GsN9rs6YrA

Need someone tae carry the balls

Firth spent eight years in the Liverpool academy before spending three years with the senior team prior to his departure in 2018, but he wasn’t able to make any appearance.

The goalkeeper obtained his coaching badges during his time with the Reds’ academy, and due to financial constraints at Chester, he acted on occasion as coach for loanee goalkeeper Will Jaaskelainen.