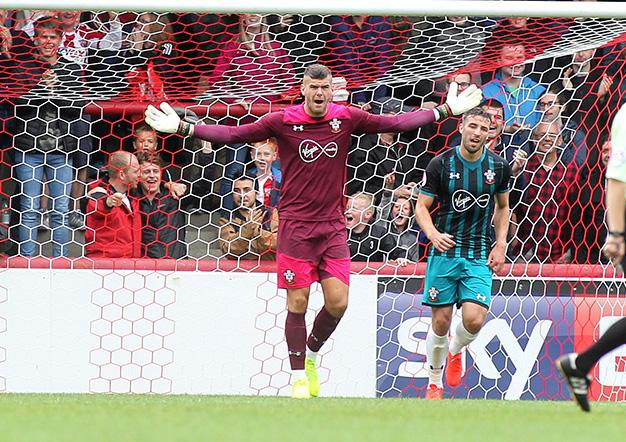 It is no open secret that Leeds United are working to sign a goalkeeper in the January transfer window.

The Whites have been linked with a host of goalkeepers, with Southampton’s Fraser Forster being the latest name to be linked with the Yorkshire club.

However, according to the Yorkshire Evening Post ever-reliable journalist Phil Hay, the England international is not an option for Leeds.

Teamtalk yesterday suggested that Forster as a potential option for the Whites. The 30-year-old vastly experienced stopper has fallen down the pecking order at St Mary’s behind Alex McCarthy and Angus Gunn.

The Mirror reports that the 30-year-old could leave the club this month.

Hay wrote on Twitter that Leeds “will get a keeper”, and added that the club have been actively working on it this week, but he did categorically rule out Forster.

no, won’t be Forster but they will get a keeper. That’s the one they’ve been working on this week

Signing a goalkeeper is absolutely vital for Leeds. The Whites have no competition for Bailey Peacock-Farrell, other than Will Huffer who has only played one first team game under Marcelo Bielsa.

Leeds have been linked with Karl Darlow and Michel Vorm in recent weeks, with the Newcastle goalkeeper reported to be the first choice target for the club.