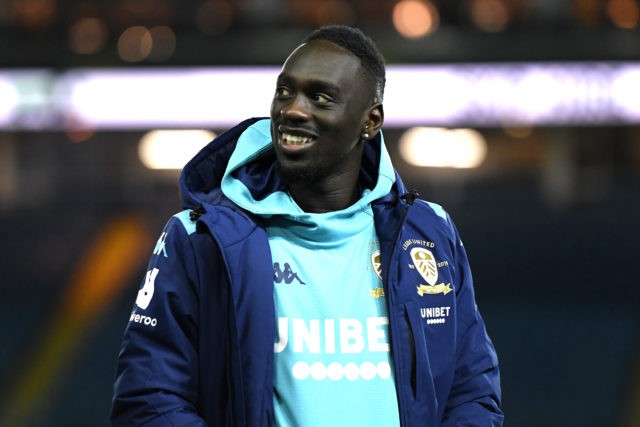 Leeds United are facing a curious situation ahead of the restart of the Championship.

Earlier this week, it was reported that Leeds striker Jean Kevin Augustin has suffered a recurrence of his hamstring strain and may not play any part for the rest of the season.

Augustin has played just thrice for Leeds since his arrival from RB Leipzig on loan in January. He got himself into good shape during the lockdown period but it appears like he might have played his last game this season.

It leaves Leeds with just one striker once again in the form of Patrick Bamford. But most importantly it leaves a serious question mark on Augustin’s future.

According to reports from The Athletic, when Augustin’s loan was agreed, Leeds United were obligated to convert the deal into a permanent one if they succeeded in their attempt to win promotion to the Premier League.

It would cost Leeds a fee in the region of £18 million to sign Augustin permanently. However, he hasn’t played enough and Marcelo Bielsa hasn’t got a proper chance to see whether he would fit into his side. In that situation, signing him would be a massive gamble.

Phil Hay claims that Bielsa will regret the loss of the 22-year-old striker, but he has Tyler Roberts, who looked in good touch before the lockdown.