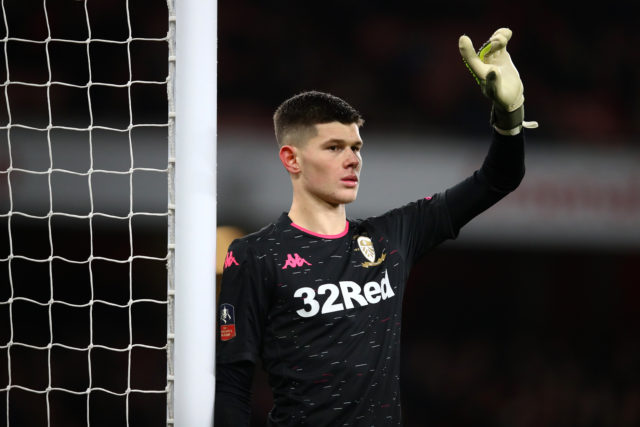 Leeds United are edging closer to securing promotion to the Premier League following their 1-0 win against Swansea City on Sunday.

Phil Hay has given a transfer update about what Leeds are planning regarding two players – Illan Meslier and Jack Harrison.

Meslier has joined Leeds on loan from Lorient last summer, while Harrison joined on a temporary deal from Manchester City for the second time.

Both the players have impressed heavily this season, and Leeds will be looking to sign them up permanently once they secure Premier League status.

The Athletic journalist has claimed on Twitter that it will take around £5m-£6m to sign the 20-year-old goalkeeper permanently.

Harrison, 23, has really played a massive role this season and would cost around £8m, which Leeds are willing to pay.

Meslier had to wait for his chances at Leeds with Marcelo Bielsa trusting Kiko Casilla in goal.

The young goalkeeper got his break in the side following Casilla’s 8-match ban. He has highly impressed and is likely to play the remaining games, although Casilla’s ban is now over.