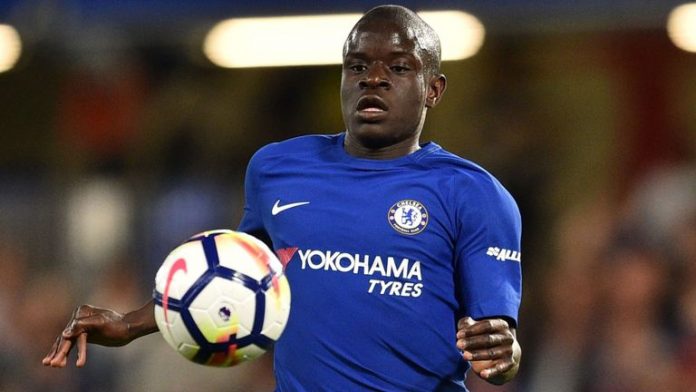 Chelsea’s hopes of keeping hold of N’Golo Kante have been dealt a blow after it was revealed that Paris Saint-Germain have held “extensive negotations” with his representatives over a summer move to France.

According to French media outlet Le Parisien, the club’s sporting director, Antero Henrique, the sports director of the club, has been trying to push through a summer deal for Kante.

Chelsea are understood to be reluctant to lose the midfielder, although a £98 million fee could tempt them into agreeing a transfer.

New manager Maurizio Sarri has already strengthened his midfield with the acquisition of Napoli star Jorginho, although it wasn’t expected that his arrival would be at the expense of Kante.

Real Madrid and Barcelona are also keen on the France star, but PSG appear to be in pole position to secure his services.

Financial Fair Play rules are an issue for PSG, but if they sell one of Grzegorz Krychowiak, Goncalo Guedes or Angel di Maria they could be in a position to complete a deal for the World Cup winner.

Kante made his senior international debut for France in 2016 and he was a key part of their World Cup success this summer in Russia.