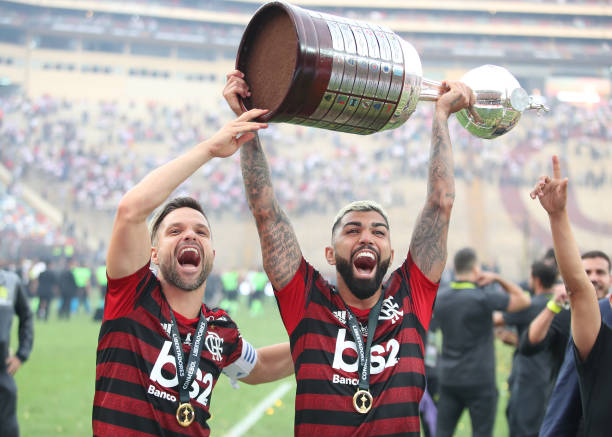 Tottenham Hotspur completed their first signing of the January transfer window this week by landing Gedson Fernandes on loan from Benfica.

Jose Mourinho still has a lot of work to do this month, and signing a striker is his top priority. The injury to Harry Kane has changed Tottenham’s approach towards the market, and Spurs could be in deep trouble if they fail to land a good striker in the next two weeks.

The north London club have been linked with a host of strikers this month, but many of them aren’t realistic targets. While Spurs are reportedly in talks to sign Krzysztof Piatek from AC Milan, they have found difficulty in brokering the deal so far.

With this in mind, Tottenham should make a move for Gabriel Barbosa this month.

Earlier this month, The Mirror reported that Spurs had been keeping tabs on Barbosa’s situation and were pondering over making a move for the Brazilian.

The 23-year-old spent last season on loan at Flamengo and was in great goal-scoring form as he scored 25 goals in 29 games. Inter Milan have placed a £25million (€30m) price tag on the striker.

Inter are looking to offload the striker directly in the January transfer window which gives Spurs an upper hand in the race for the Brazilian’s signature.

It is true that he didn’t shine at Inter, but that doesn’t make him a bad striker overnight. His style of play is ideal for the Premier League, while Spurs could reap the benefit of the form he is in at the moment. He is a striker buzzing with confidence, and Spurs must capitalise on that.

Furthermore, Inter are desperate to offload him this month. While the Nerazzurri are keen to sell him directly, Spurs can negotiate a loan deal with a view to making it permanent in the summer, if it works out well for them. In that case, it will be a risk-free business.

Barbosa would represent a risky but a smart signing for Tottenham. A move in the Premier League would give the player a fresh start to his career, something he is probably hoping for.