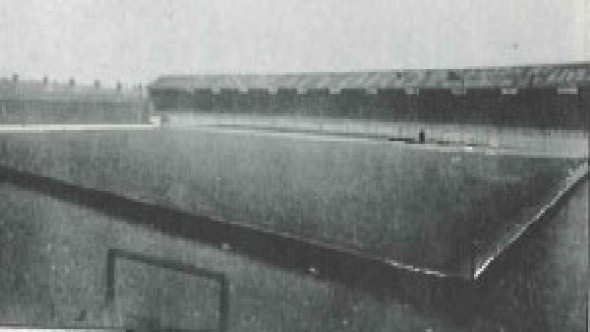 On this day in 1892, Everton played their first ever game at Goodison Park winning 4-2 in a friendly against Bolton Wanderers.

Everton’s journey from an amateur church club to one of the founding members of the Football League was an adventure. The Toffees, before moving to Goodison Park, played at a number of grounds before settling at Anfield where they played their home games for eight seasons. They won the won their first league title at Anfield in the 1890-91 season. Yes, Everton were First Division champions before Liverpool were formed.

Division in the board concerning the general running of the club caused a split. This led to the creation of Liverpool FC the same year Everton moved out of Anfield.

We explored the two clubs’ intertwined history in this series which can be read here.

The history books suggest that Bournemouth’s record league win is the 8-0 mutilation of Birmingham City at St. Andrew’s stadium in the Championship in 2014.

But deep within the dusty old parchments that have preserved the records of war time football, there is mention of a Bournemouth victory by an even bigger margin.

So on this day in 1939, the Cherries destroyed Northampton Town 10-0 at Dean Court in the Third Division (South). The reason why it was not made official was because the world descended into World War II the next day. It seems like a reasonable excuse to scrap the result but many still disagree.

Apparently, the shot for the sixth goal was so fierce, it burst the netting and injured a spectator sat behind the goalposts.