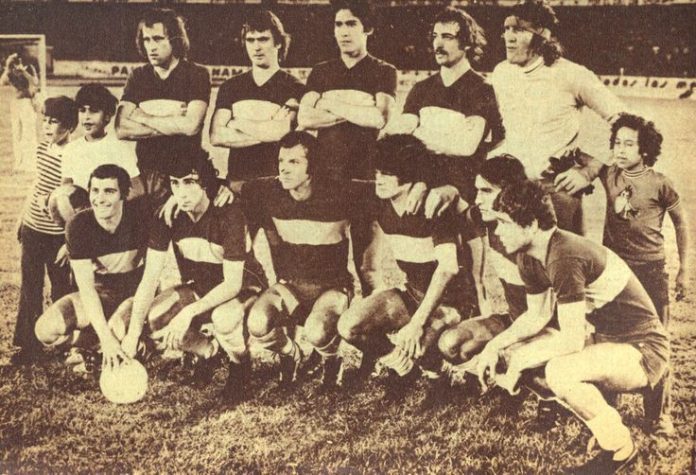 The Football League was suspended on this day in 1939 due to the outbreak of the Second World War.

On 14 September, the British government announced that professional football under the umbrella of the Football League was to be stopped. The good news was the fact that the establishment of separate regional leagues but with a fifty-mile travel limit was allowed. The average attendance at stadiums took a huge toll as spectators were limited to just 8,000 which was later increased to 15,000.

The first season of wartime football saw ten different leagues established across Britain including two in the North, one in the East Midlands, one in the South West, one in the West Midlands, two in London and two in Scotland, which were divided into a Western Division and an Eastern Division. The FA Cup was of course suspended as well but a Football League War Cup was invented so that the fans would continue to experience the magic of a cup competition.

The clubs and the leagues went through constant change throughout the course of the war. And as many players joined the Territorial Army to lend a hand in the war effort, the clubs were forced to invite several guest players to fill up their ranks. It is said that from 1929 to 1945, an astonishing 784 footballers joined the British military.

By 1940-41, the ten separate competitions were scrapped and replaced by just two main leagues – the North Regional League and the South Regional League. The following season, these were renamed as League North and League South with the addition of another competition called the London League.

Wartime league football went through a few further changes until 1946. The Football League returned for the 1946-47 season with its pre-war structure – First Division, Second Division and the Division 3 North and South.

On this day in 1977, Argentinean heavyweights Boca juniors won their first ever Copa Libertadores title by beating Brazilian club Cruzeiro on penalties.

Cruzeiro were the defending champions having beaten Boca’s city rivals River Plate the previous season. The final was held over two legs but both games ended with the score 1-0 to the home team. Therefore, a replay was scheduled at the iconic Estadio Centenario in Montevideo.

More than 60,000 fans witnessed a 0-0 draw forcing the game to go into penalty kicks. Boca scored five from five but Cruzeiro defender Vanderley Lazaro missed his spot kick to award the Argentineans their first Libertadores.

Winning the competition allowed Boca to battle Borussia Monchengladbach for the Intercontinental Cup later that year. The first leg at La Bombonera finished 2-2. But a remarkable 3-0 victory at the Wildparkstadion in Germany meant Boca won their second cup final in a row.

On this day in 1889, Preston North End became the first club in the Football League to register a double figure score line in a league match – a 10-0 victory over Stoke.

The Football League was established in 1888 and Preston won the first ever league title by going the entire season without losing a game. Preston’s 1888-89 league numbers read: Played 22, Won 18, drawn 4 and lost 0.

The Invincibles entered the 1889-90 season with similar ambitions and aside from the history making 10-0 drubbing of Stoke, they also became the first club in the history of the Football League to retain their league title.