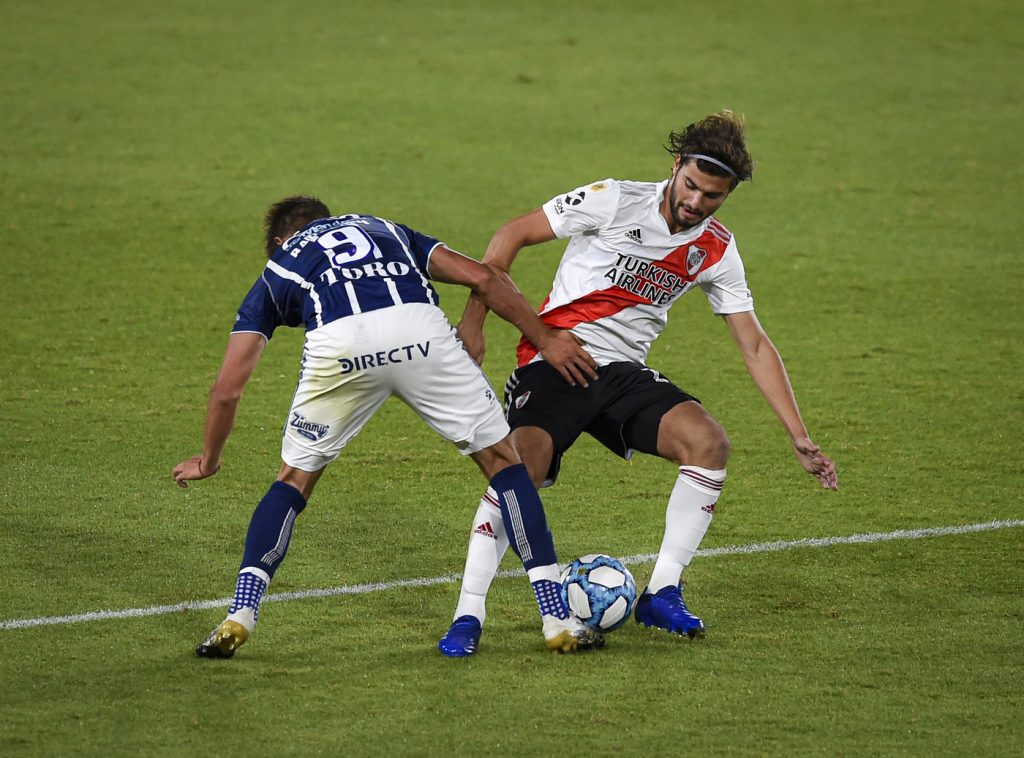 A respected player talent expert has tipped River Plate midfielder Santiago Sosa to make his mark in the Premier League.

Despite making just 21 senior appearances in Argentina, the Argentina U20 international has already been strongly linked with Everton.

David Webb, who has held recruitment roles with numerous clubs including Tottenham Hotspur, believes that Sosa would be an ideal signing for teams that are hoping to qualify for European competitions.

“He’s attracting a lot of attention at the moment,” Webb told Sky Sports.

“He’s a central midfield player that, in the transfer window prior, was heavily linked with Everton and it was looking likely that they would sign him.

“He’s a player that could come in and play now. He’s still only young and needs time to develop but he would definitely be in contention as a potential starting player, especially for an Everton or Southampton – those aspiring teams looking to break into the European places. He could fit in well at either of those teams.”

Sosa was monitored by Everton at the South American under-20 championships in 2019, but a deal failed to materialise.

He has continued to be linked with a move to the Premier League and he appears to have the attributes needed to succeed in English football.

Whether Sosa would be able to step straight into the starting XI of a Premier League club is up for debate, particularly with the difficulties attached to moving home at such a young age.

However, given the praise he has been receiving, it would be no surprise to see the likes of Everton or Southampton make a move for Sosa this summer.