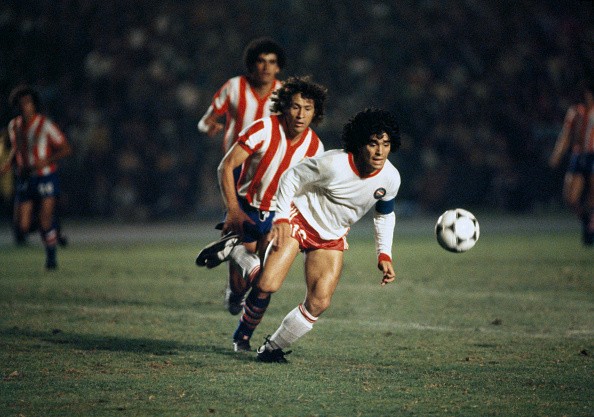 On this day in 1982, the deadly Luzhniki Stadium disaster took place killing 66 and injuring 61 people.

Spartak Moscow were hosting Eredivisie side HFC Haarlem in a UEFA Cup second round tie. Despite being in the middle of October, the weather was uncharacteristically chilly with temperatures reaching as low as -10 degrees Celsius. Only about 16,500 tickets were sold of the available 82,000.

With no roof over the seating area, only two stands, the East and the West, were opened to clear out the snow faster and to create a better atmosphere with so few tickets sold. Each stand could comfortably seat around 23,000 fans. The East Stand was closer to the Metro station, therefore about 12,000 of Spartak supporters sat there. Haarlem had brought just a hundred or so Dutch fans with them.

The match began without any fuss. Edgar Gess scored the only goal of the game in the 16th minute to give Spartak the lead. Minutes before full time, with a win seemingly secured and the weather growing worse, fans started for the exits. There are two covered stairways under each stand at the Luzhniki. All the exits in both the East and West stands were opened. But most of the 12,000 fans in the East Stand took their exits through Stairway 1 as it provided a quicker route to the Metro Station.

Conflicting reports suggest different reasons as to why the stampede happened. According to some eyewitnesses, one fan lost his footing and tripped which caused a domino effect. Other reports tell the story of a girl losing her shoe on the steps. Her efforts in trying to retrieve it caused chaos and confusion which resulted in a deadly stampede.

On this day in 1990, Manchester United hosted Arsenal in a feisty First Division fixture at Old Trafford.

The match is remembered as the ‘Battle of Old Trafford’ as a mass brawl involving each and every player on the pitch, barring David Seaman, broke out resulting in point deduction for both clubs.

The brawl kicked off around the hour’s mark when Arsenal’s Nigel Winterburn made a dangerous tackle on Denis Irwin. What ensued, was a fracas lasting for twenty seconds that saw Winterburn and Arsenal striker Anders Limpar getting yellow cards. Limpar had given George Graham’s side the lead right before the interval.

No United player was booked in the game but Alex Ferguson forced his squad to watch the game at their Cliff training ground. The club later fined Irwin, Brian McClair and Paul Ince. Arsenal followed suit and held an internal enquiry of their own, with no fewer than five players penalised. Even George Graham failed to escape punishment as he was slapped with a £9,000 fine.

The FA, wanting to make an example out of this, sanctioned fines and deducted points from the two clubs. Arsenal lost two points while United lost one.

The boy wonder makes his debut

On this day in 1976, a 15 year-old Diego Maradona made his professional debut for Argentinos Juniors against Talleres de Cordoba.

Maradona was just two weeks shy of his 16th birthday and replaced Ruben Giacobetti at the beginning of the second half. Argentinos lost the game 1-0 but Maradona made his mark on the game.

Right before sending him on, Argentinos manager Juan Carlos Montes had a few words of advice for the teen sensation. “Go on, kid,” said Montes. “Play like you know how and if you can, nutmeg somebody.” And the young Maradona did exactly like his manager requested, deftly slipping the ball between the legs of his marker Juan Cabrera at first opportunity.

This was just the beginning.