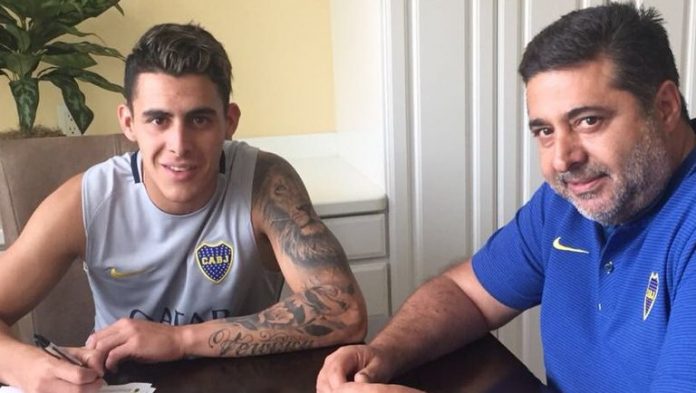 Arsenal’s hopes of signing Cristian Pavon have been dealt a major blow after the Boca Juniors star signed a new contract with the Argentinian club.

The 22-year-old’s new deal has seen his release clause go up to £37.5 million which will likely see the Gunners end their pursuit of the forward.

New Arsenal maanger Unai Emery has already signed six players this summer and had claimed that he would only dip back into the transfer market if a “big opportunity” to sign another arose.

“We signed the players who we needed and only if one player is a big opportunity for us will we sign them,” he said.

“Normally, we are thinking about the young players, the possibility of them staying with us or going to play on loan at another team.

“We are also thinking about the players who were with us last year and whether we need them to stay with us.

“At the moment, I think the squad is complete. We will only sign another player if there is an opportunity to bring in that one player, or two players.

“We will only sign a player in the next month if he’s a big opportunity.”

Pavon was part of Argentina’s squad that were dumped out of the 2018 World Cup in the round of 16 by France.