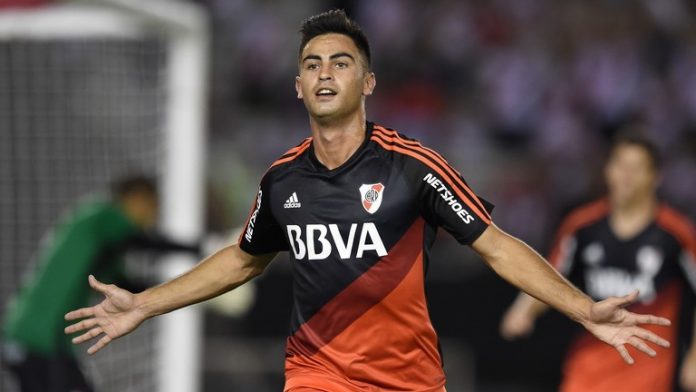 River Plate midfielder Gonzalo Martinez could be set for a move to the Premier League.

The 25-year-old’s agent, Marcelo Simonian, has recently visited England and, according to Calciomercato.it, both Tottenham and Everton are keen on signing the player.

Southampton, West Ham United, Fulham and Lazio are also believed to be interested in the River Plate star.

Martinez has a €15 million release clause in his contract and there would be no problems over a work permit as he holds an Italian passport.

The Serie A club are understood to be favourites to sign Martinez, although they are hoping to persuade River Plate to drop the asking prices to around €12m.

The midfielder joined River Plate in January 2015 from Huracan.

He made his club debut at in February against Club Atletico Sarmiento in a 4-1 away win.

Martinez has gone on to score 23 goals in 128 appeareances in all competitions for the club and was part of their successful Copa Libertadroes squad in 2014/15.