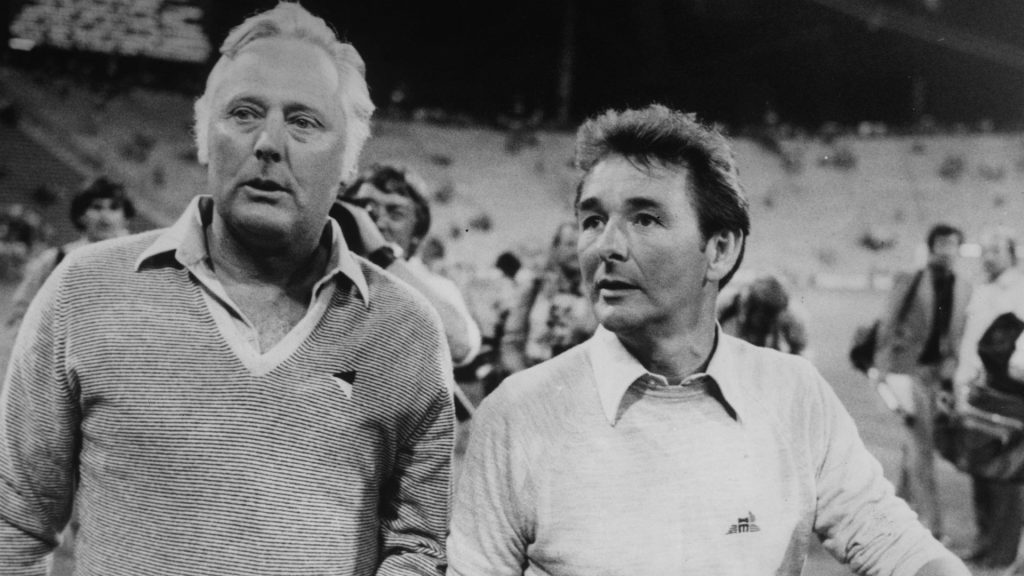 On this day in 1933, Manchester City right-half Matthew Busby made his international debut for Scotland in a 3-2 British Home Championship defeat against Wales at Ninian Park. This would be his only official appearance for Scotland.

Born in the village of Orbiston up in North Lanarkshire, Busby joined City in 1928 at the age of 18. He went on to make over 200 appearances for the club and won the FA Cup in 1934. After eight years in Manchester, the future United boss joined Liverpool. Consistent performances on the pitch earned him the captain’s armband at Anfield. But the outbreak of the Second World War effectively ended his professional football career.

Like many footballers, Busby joined the war effort and signed up for the King’s Liverpool Regiment. He would of course go on to join Manchester United as their manager and the rest as they say, is history.

On this day in 1990, Nottingham Forest’s legendary coach Peter Taylor passed away at the age of 62 from a lung disease while on holiday in Spain.

Taylor is most famous for being the perpetual right hand man of Brian Clough at Derby County and Nottingham Forest, among others. A Forest academy graduate, Taylor enjoyed a long football career, making over 200 appearances in the Football League for Coventry City and Middlesbrough.

He entered management in 1962 with Burton Albion before joining Brian Clough as his assistant at Hartlepools United. The pair would go on to become one of the most iconic duos in the world of football, reaching their peak at Forest where they won two consecutive European Cups in 1979 and 1980.