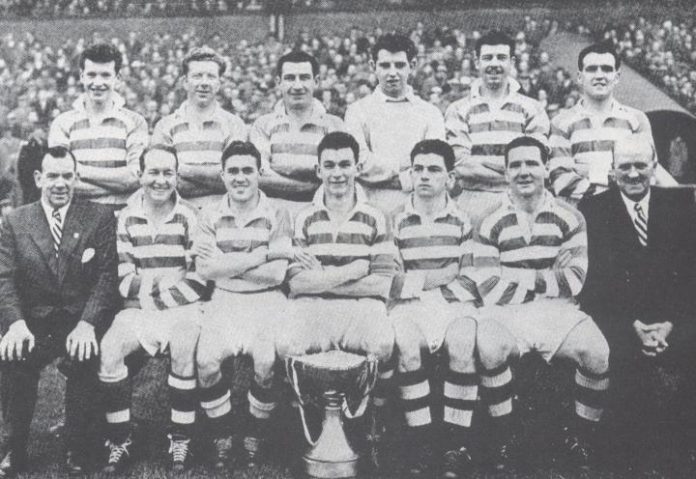 On this day in 1957, Celtic beat Rangers 7-1 in the Scottish League Cup final. The score line still remains as the biggest margin of victory in an Old Firm derby.

This humiliating defeat at the hands of their greatest rival is also Rangers’ record defeat in a game and the biggest score line in a major British cup final.  Tensions were high prior to the game as this was the first League Cup final meeting between Celtic and Rangers. The Hoops were the defending champions while the Light Blues were the reigning Scottish top flight winners.

Sammy Wilson opened the scoring for Celtic in the 22nd minute before Billy McPhail scored a hat-trick and Neil Mochan added a brace. Willie Fernie scored Celtic’s seventh goal from the penalty spot in the 90th minute. The only consolation for Rangers was a Billy Simpson strike around the hour’s mark.

Celtic’s emphatic win was described by the Times as ‘a wonderful exhibition of football’. 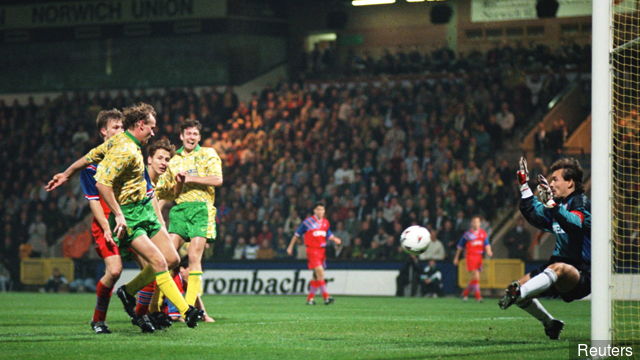 On this day in 1993, Norwich City caused one of the biggest upsets in European football history by beating Bayern Munich 2-1 at the Olympiastadion in a UEFA Cup second round tie.

This remained as Bayern’s only defeat against an English club at their Olympiastadion home. Jeremy Goss and Mark Bowen put Norwich 2-0 up inside half an hour before Christian Nerlinger added one for Bayern just before half-time. A resolute defensive performance in the second half saw the Canaries carry their lead back home for the second leg. Goss scored again to secure a 1-1 draw resulting in a famous elimination of the Bavarians.

Unfortunately for Norwich, their fairytale was about to end. They met Serie A giants Inter Milan in the third round and lost 1-0 in both legs to bow out of the competition.

On this day in 1974, Argentinean club Independiente won their fifth Copa Libertadores title by beating Sao Paulo 1-0 in a play-off.

This was Independiente’s third successive Libertadores win. The final, like always, was contested over two legs. The Brazilians drew first blood by winning the first leg 2-1. Independiente returned the favour by beating Sao Paulo 2-0 in Argentina.

The winner was decided through a play-off at the Estadio Nacional in Santiago, Chile in front of 60,000 fans. Ricardo Pavoni scored in the 37th minute to hand his side their third straight final victory.