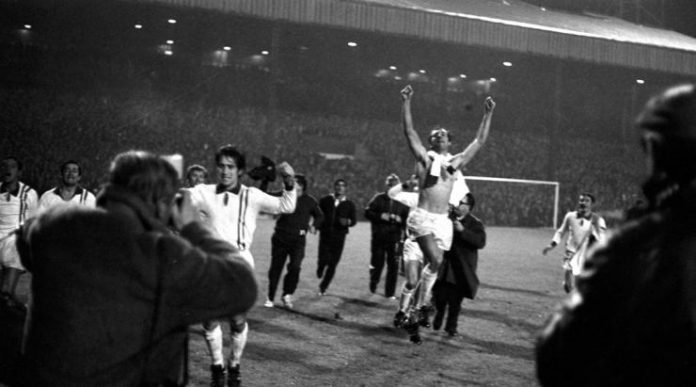 On this day in 1968, Estudiantes won the Intercontinental Cup by beating Manchester United over a highly charged two legged final.

United travelled to Buenos Aires for the first leg expecting a hostile reception from the local fans considering the violence that marred the previous year’s final between fellow British club Celtic and Racing Club. But to the contrary, the United squad was welcomed with open arms. Parties and friendly games of polo were organised to honour Sir Matt Busby and their European Cup winning players.

According to legend, an official reception was held for United which Sir Matt thought was a splendid idea to establish friendship with their Argentine counterparts. But Estudiantes refused to show up which stirred friction between the two clubs before they had even set foot on a football pitch. Add that to the uncalled derision from Benfica manager Otto Gloria for United midfielder Nobby Stiles, who he described as “brutal, badly intentioned and a bad sportsman”, it is safe to say that United would not get an easy ride in the game.

Referee Higo Sosa Miranda was given charge of the highly anticipated game. Miranda’s work was cut out as the two teams went at each other from the first minute. The Estudiantes midfield boasted a certain Carlos Bilardo who went toe to toe with Stiles. Despite the Argentineans repeated attempts to provoke Stiles, the England international remained calm.  That was until the 79th minute when he snapped and was sent off.

A Marcos Conigliaro strike in the 27th minute made all the difference as Estudiantes ran out 1-0 winners.

With the game evenly poised, the return leg was expected to be a spectacle. The match generated £50,000 – a record sum for any English club at the time.

United were dealt an early blow, however, as Juan Ramon Veron – the father of future United midfielder Juan Sebastian Veron – scored in the 6th minute to put Estudiantes 1-0 ahead in the match and 2-0 on aggregate. George Best and Jose Hugo Medina were both sent off after a scuffle in the dying minutes of the game. Willie Morgan equalised for United in the 90th minute but it was too little too late as Estudiantes lifted the Intercontinental Cup winning the tie 2-1 on aggregate.