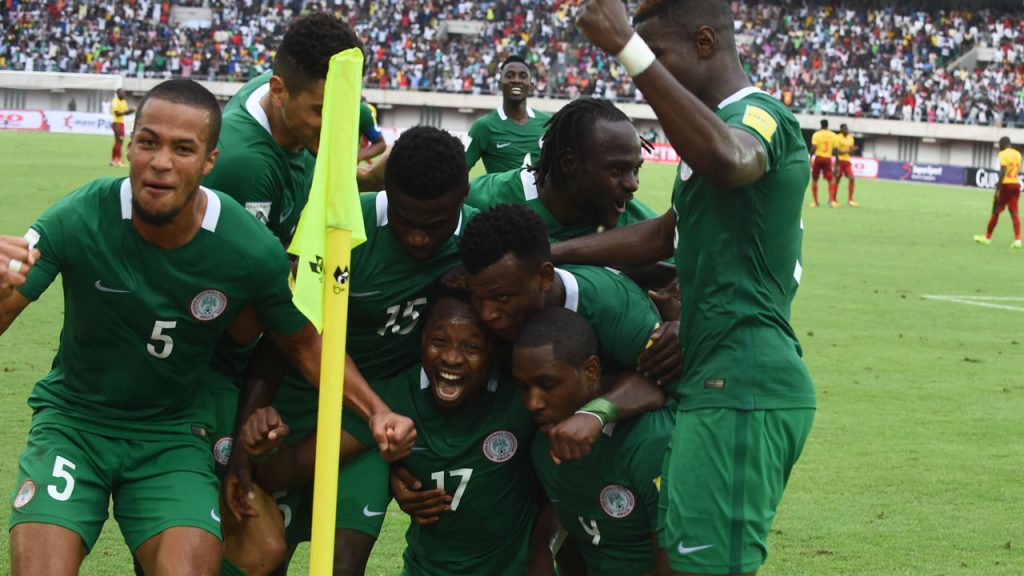 A win over Zambia in October meant that Nigeria became the first African country to qualify for the 2018 World Cup.

The Super Eagles have endured a tough few years; after winning the Cup of Nations in 2013 they then failed to qualify for the subsequent two tournaments, but have a talented squad laden with Premier League names to call upon in Russia.

Reaching the knockout stages four years ago was a decent achievement and they will be hoping for a similar result this time around in what is admittedly a competitive Group D that pits them against Argentina, Croatia and Iceland.

Nigeria are still to name their final 23-man squad for the tournament and are not expected to do so until after the friendly clash with England on Saturday.

There are many Premier League names in the setup, including Leicester City trio Wilfred Ndidi, Ahmed Musa and Kelechi Iheanacho, Chelsea’s Victor Moses and Alex Iwobi of Arsenal.

Striker Moses Simon is carrying a thigh injury and is not expected to be fit for the finals, yet
remains with the party for now.

This is a team with bags of pace and flair going forward, but the defence will be a concern.

Holding man Uche Agbo played a major role for Standard Liege this term as they finished second in the Belgian Pro League behind Club Brugge.

The 22-year-old Watford loanee has obvious talent but despite being involved in many of the squads during qualification for the finals, his only appearance for Nigeria to date came in a friendly against Togo last June.

With that in mind it is perhaps unsurprising that he was cut from the original 30-man party.

The German has become something of a specialist in managing African sides, having taken charge of Gabon, Niger and Burkina Faso within the last decade.

However, this is by far his most prestigious international job to date and it remains to be seen how he copes on the biggest stage in world football.

Rohr has made it clear that he expects discipline and focus from his players in Russia, as exemplified by his decision to ban any non-family members from visiting players at the camp throughout the duration of the tournament.

Rohr relies on pace and skill from the wings to provide the attacking spark for his team.

An experiment with a three-man defence in the 4-2 win over Argentina last year gives him options in that department, but Nigeria have largely lined up with a more traditional four at the back.

The striking position is very much up for grabs with Odion Ighalo, Musa and Iheanacho all vying to lead the line this summer.

The former Chelsea midfielder captains the team and remains an instrumental player.

Mikel’s experience, with over 80 caps to his name, will be vital to Nigeria at the World Cup and it is worth noting that he often plays in a slightly more advanced role internationally than he did during his time in England.

He may not have enjoyed a stellar season at Arsenal, but there are high hopes for Iwobi in his home country.

A two-goal showing in the win over Argentina back in November showed that he can be an instrumental player and his pace and trickery could be useful assets in Russia.

A difficult draw means that getting out of Group D would have to be considered an achievement for the Super Eagles.

Argentina and Croatia will be favourites to advance but there is enough attacking talent in the Nigeria squad to make an impact and teams will not relish facing what is a potentially dangerous outfit.