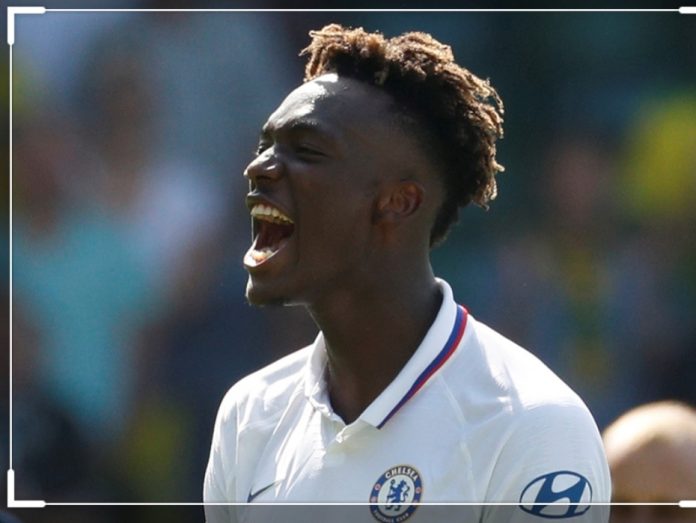 Chelsea striker Tammy Abraham has lit up the premier league this season with eight goals in as many games. With an average of a goal every 72 minutes (according to BBC SPORT), The Blues man has surprised many with how he has adapted so quickly under new Blues boss Frank Lampard.

The 22-year-old had shown at Championship level that he knows how to find the back of the net. Spending the 2016/17 season on loan at Bristol City, the London-born striker netted 26 times for the Ashton Gate club. An injury riddled season at Swansea followed, with questions asked of Abraham’s ability.

However, the big striker answered his critics by scoring 26-goals at Aston Villa during the last campaign. Goals that played a huge part in securing The Villans return to the Premier League.

Abraham’s form has seen him return to the England fold as his efforts are well recognised by Three Lions boss Gareth Southgate. It’s still early days In his career, but on current form the 6ft 3in striker is well on his way to becoming a huge part of the future for both club and country.

Uncertainty over whether Abraham will play for England or Nigeria has been a topic of conversation recently. Born in Camberwell in South London means the Chelsea man is obviously eligible for England. However having Nigerian parentage has cast doubt over where his international future lies.

Abraham already has two caps for England, but both were friendlies. Not competitive games do not tie a player to an internatonal allegiance.

Yesterday Abraham settled the issue by claiming he has always wanted to play for England. Reported by The Daily Mail, Abraham admitted he was honoured to be wanted by both countries.

” For me, it’s always nice to be wanted by two nations. Clearly it means you’re doing something well”

However, there was never any doubt of what the Chelsea man wanted. He added:

‘At the back of my head, I’ve always wanted to play for England. I was born and grown in England.

“My dream was always to play for England. It doesn’t effect the fact Nigeria still wanted me, and it’s a big nation. I love both nations. My head was just screwed on with England”

Only time will tell on just how far Abraham can go. His performances already have Chelsea fans purring, and England fans will soon get a chance to see exactly what The Blues striker is capable of in an England shirt. England face the Czech Republic on Friday night, and head to Bulgaria next Monday.