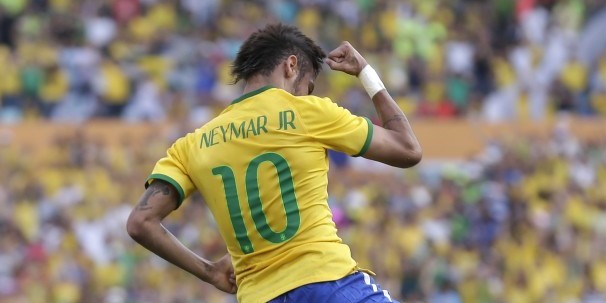 All eyes were on Brazil today in their friendly against Panama, to see just what will be required to cause an upset and outdo the competition favorites. Countries like Spain, Argentina, Germany, Italy, et al, will have watched today and known that they need to be on the top of their game in South America, when the tournament starts next week.

Panama were never going to cause too many problems for a side the calibre of Brazil but the way they almost strolled to a 4-0 victory said a lot about what this team is capable of.

It took Brazil a little to get into their groove, starting off slowly in the opening 15-20 minutes of the game. Following reports this weekend of manager Luiz Felipe Scolari being very unhappy with the effort displayed in training, the early impression was not so great for the hosts.

It was Panama who looked more likely to open the scoring early on, but Scolari wasted no time getting to his feet and having stern words with some of his players. The crowd also started to sound their unrest and the wake up call was heeded. Brazil got their act together and took over the game from then on, dominating the possession and doing so with an air of comfort and ease.

With 26 minutes gone, the boys in yellow were awarded a free-kick in a dangerous area. Neymar lit up the game with a stunning free kick, hit with perfect weight and direction, sailing up and over the wall and into the top corner of the net, out of reach of the Panamanian goalkeeper. 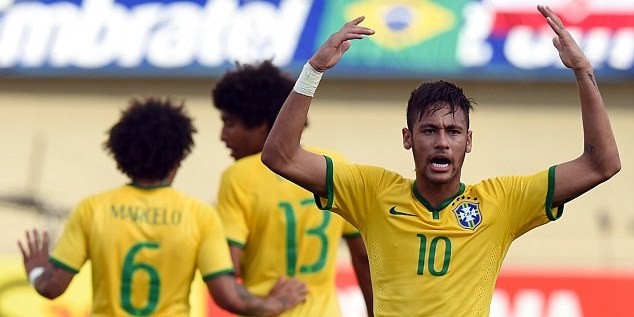 Before the break they doubled their lead through Barcelona defender Dani Alves, who hit a belter from outside of the area, through a throng of players and into the far lower corner. Panama failed to apply any pressure on Alves, assuming he would pass or cross but paid the ultimate price. The marking will be considerably tighter at the finals but the competence Brazil showed even when under pressure was very encouraging for the five-times winners.

Brazil’s 3rd goal was a touch of class; Neymar controlled the long through ball sublimely and then, with the deftest of back heels, played in the oncoming Hulk, who put the ball across the goal-keeper, giving him no chance.

The 4th nail in the coffin was added on the 73rd minute, Neymar again right at the heart of the action, playing a great forward pass for Maxwell, who crossed the ball across the face of the goal for Chelsea’s Willian to hit home. 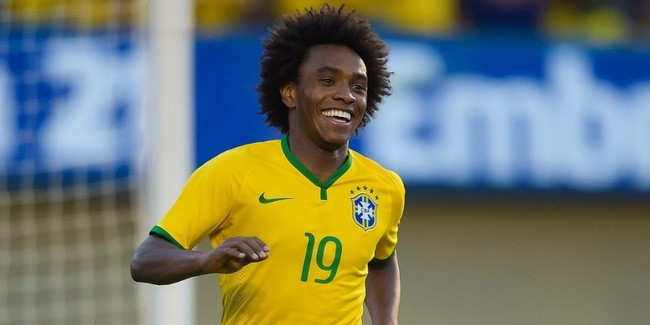 Late in the game the action continued; Neymar almost made it 5 with an ambitious bicycle kick and then the referee bizarrely sent off Gabriel Gomez, only to change his mind and let the player stay on when the linesman called for offside.

The opponents were not of the class they will face in the coming weeks but Brazil were not at full strength either, captain Thiago being the biggest absentee, working on fitness, but they still gave a clear indication of the difficulties they are going to cause defenses in their home country, as they drive for their 6th world title.