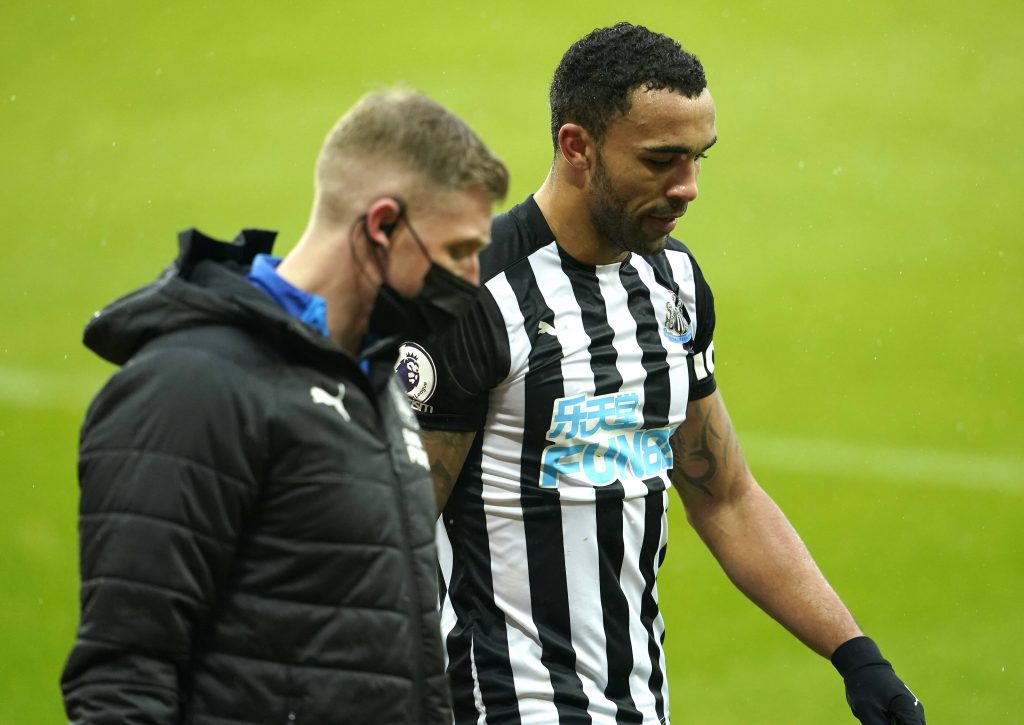 Newcastle United have been handed a boost with Callum Wilson set to step up his recovery from injury ahead of the clash with Tottenham Hotspur.

The Englishman has scored 10 goals in the Premier League this season and is arguably Newcastle’s best player.

However, Wilson found himself on the sidelines after suffering a hamstring injury during the clash with Southampton on February 6.

Since losing him to injury, Newcastle are winless in six games, losing three and drawing three.

Newcastle have now been handed a boost with the news that Wilson is closing in on his return to full fitness.

According to the Times, Wilson is set to feature in an 11-a-side practice match at Newcastle’s Benton training ground this week.

The first team are expected to face off against players who have not featured recently, with Allan Saint-Maximin also expected to be involved.

The Frenchman has been sidelined recently with a groin injury.

The Times even claim that if Wilson and Saint-Maximin make it through the practice game unscathed, they could be available for the clash with Tottenham at the weekend.

This is just the boost Newcastle needed this week.

With comments from Miguel Almiron and a survey calling for Steve Bruce to be sacked surfacing recently, this will give fans and players a boost going into the Tottenham game.

Wilson has impressed in his Newcastle career, and with the Magpies having only scored three goals in their last six games, he will give them a much-needed threat in attack.

Similar could be said for Allan Saint-Maximin, who would add a spark of creativity that Newcastle have lacked in recent weeks.

Newcastle still face a tall order to beat the drop this season, but the bottom three will be much easier to navigate with their two best players in the team.