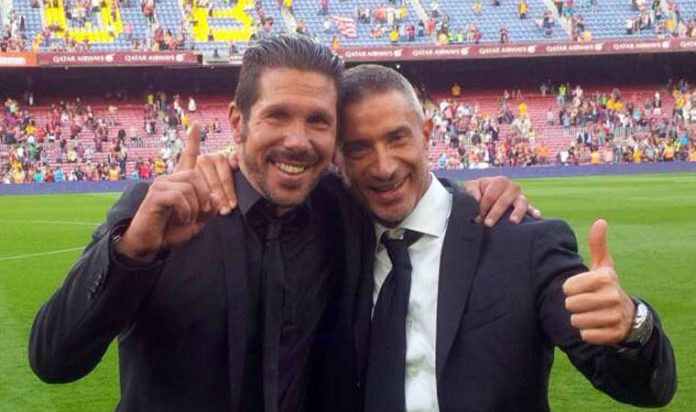 Manchester United are expected to announce the appointment of Jose Mourinho as their manager at the end of this season and the Portuguese manager has already planned his first addition as the United boss.

Jose Mourinho is keen on getting a director of football at Old Trafford and the former Chelsea manager will request the club to sign the Atletico Madrid sporting director Andrea Berta.

Berta has attracted a lot of interest from several European giants after his commendable work with Atletico Madrid, Parma and Genoa. Along with Simeone, Berta has helped transform Atletico into a leading European club over the last couple of years.

His transfer decisions, in particular, have been spot on so far and Atletico have benefited a great deal because of his attention to detail, professionalism and the ability to make the right choices.

According to reports in the media, Berta could be on his way to England this summer. The Atletico director is close friends with Jorge Mendes and Mourinho is hoping that his agent can make the move happen.

Ed Woodward’s transfer decisions have come under a lot of scrutinies so far and Mourinho clearly wants a more experienced person in charge. The Portuguese will need reinforcements this summer in order to guide United back to their former glories and he is not prepared to take a chance and waste another transfer window.

Mourinho will be hoping that Berta’s expertise can help Manchester United sign the best players possible even if the Old Trafford outfit fail to qualify for the Champions League.