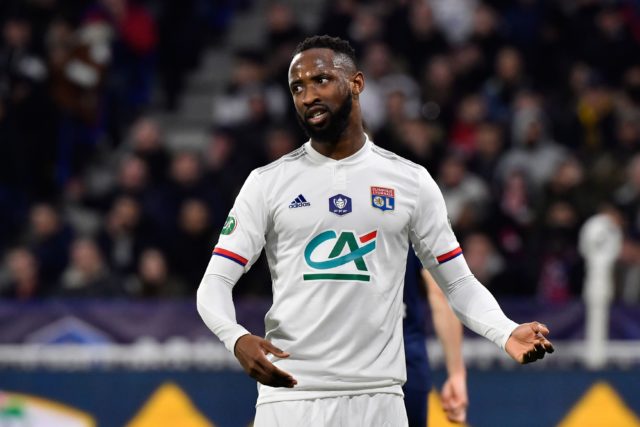 Manchester United are leading Chelsea in the race to sign Moussa Dembele during this summer’s transfer window, a report from The Star claims.

Dembele is currently in his second season with Lyon where he has contributed 22 goals and seven assists across all competitions.

A recent report from Manchester Evening News claimed that the Frenchman would find it hard to turn down a move to Old Trafford during the summer and it now appears that United are prepared to step up their interest.

As per The Star, manager Ole Gunnar Solskjaer sent scouts to monitor the striker’s progress on at least three occasions this term and the Frenchman is viewed as a replacement for Romelu Lukaku, who left the club for Inter Milan last summer.

The 23-year-old has also been regularly linked with a move to Frank Lampard’s side but it is reported that Dembele has signalled the intention to join the Red Devils during the next transfer window.

United currently have Anthony Martial, Marcus Rashford, Mason Greenwood and Odion Ighalo (on loan), who can play up front.

However, Rashford has found most of his success on the left wing while Solskjaer has preferred to stick with Greenwood on the right side of the attack.

Elsewhere, Ighalo has been a quality addition to the squad at the midway stage of the season but he has been limited to starts in the Cup competitions.

As such, Martial has not had much competition for the striker’s role this term and the arrival of Dembele would provide United with an option to rotate, suppose the 24-year-old fails to perform.

Martial has netted a credible tally of 16 goals this season but he has had the habit of drifting into a wide or a deeper playmaker position when he has struggled to gain possession of the ball.

In comparison, Dembele remains a more traditional striker, who has better positional awareness and he could suit the Red Devils’ style of play with his ability to time his runs behind the opposition defence.

Lyon currently value Dembele at £60m but United could land him for a lesser sum, particularly with the French outfit suffering financial losses after the early end to the league campaign due to the COVID-19 pandemic.