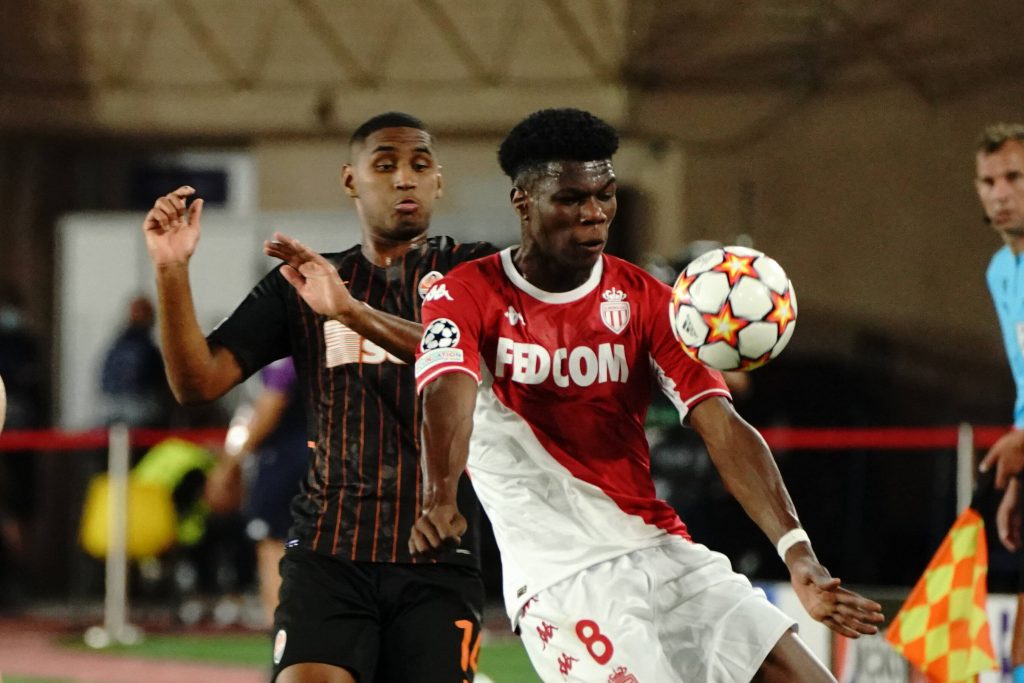 Manchester United have made contact with the agents of Monaco midfielder Aurelien Tchouameni ahead of a possible approach, Belgian journalist Sacha Tavolieri reports.

The Red Devils have had an impressive summer transfer window with two excellent signings in Raphael Varane and Jadon Sancho, who will boost their title credentials.

There has not been much transfer speculation recently, but it is now reported that they could make a late raid to land the signature of Tchouameni from Monaco.

The 21-year-old had his breakout season with the Principality outfit last term. He went on to star for France at the Under-21 European Championships.

Chelsea are long term admirers of the 21-year-old defensive midfielder, but it appears that United have entered the race and could make a late move for his services.

Tchouameni made 42 appearances for Monaco last term. He averaged an impressive 3.5 tackles per game with more than two aerials won.

France were eliminated at the quarter-final stage of the Under 21 Euros, but Tchouameni looked a cut above the rest with his midfield displays.

Aside from his strong defensive qualities, the young midfielder also has the ability to make goal contributions. He bagged three goals and four assists last season.

He has the hallmarks of becoming an excellent box-to-box midfielder in the future, and it is unsurprising that there is plenty of high-profile interest.

Scott McTominay and Fred have nailed down the starting midfield spots under Ole Gunnar Solskjaer, but Tchouameni would be an upgrade despite his age.

He could also be regarded as a long-term replacement for Paul Pogba, but United will need to act fast with the likely competition from Thomas Tuchel’s side.

They missed out on Jude Bellingham to Borussia Dortmund last summer, and it remains to be seen whether they can get on their hands on Tchouameni.

With three years left on his contract, Monaco won’t sell him cheaply. He is valued at €30 million by Transfermarkt, and Monaco will definitely demand much more.

Stats from Transfermarkt.es and Whoscored.com