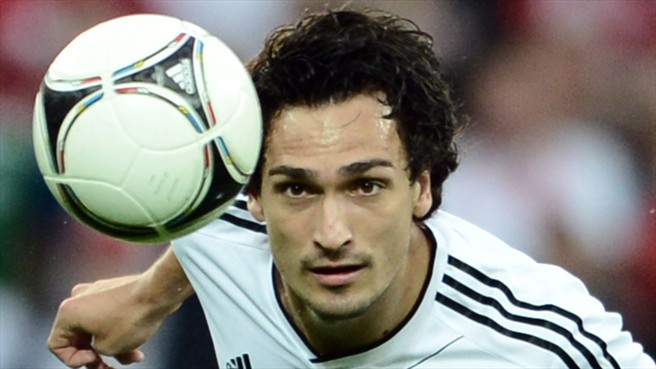 Manchester United are said to be edging closer to a move for Borussia Dortmund defender Mats Hummels. The German centre-half has been on Louis Van Gaal’s radar for a long time now and the Red Devils are willing to spend big to land him at Old Trafford.

Hummels, who starred in his national team’s recent World Cup triumph in Brazil, has been a pivotal figure in Dortmund’s team since joining from Bayern Munich in 2009. He helped Jurgen Klopp’s men win back-to-back Bundesliga titles in 2011 and 2012 as well as a DFB-Pokal and Supercup.

Van Gaal has inherited a side with a depleted backline. Rio Ferdinand, Nemanja Vidic and Patrice Evra, all of whom were regulars over the last 7-8 seasons, have left the club. United conceded 50 goals in the Premier League last season, and there is no doubt that a complete refurbishment of the defence is required.

A big-name signing imperative, Hummels seems to fit the bill perfectly. Van Gaal is also said to be a big admirer of the 25 year-old, another factor which seems to point to a possible move.

United’s two major transfer targets in defence this season were said to Hummels and Stefan De Vrij. With De Vrij preferring a move to Lazio over the Premier League, they will surely not want to miss out on Hummels as well.

Klopp is said to be lining up 21 year-old Liverpool defender Tiago Ilori as Hummels’ replacement. The promising young Portuguese, signed by Brendan Rodgers last summer, was loaned out to Granada last season to gain experience. The fact that Dortmund want him is an encouraging sign for United.

The Dortmund team that won the league two seasons back has almost been completely plundered, with star striker Robert Lewandowski and playmaker Mario Gotze both moving to domestic rivals Bayern. Shinji Kagawa now plays for United, while Marco Reus, though still at the club, has reportedly turned down an extension on his contract. The balance of power in the Bundesliga has clearly tilted in favour of Bayern, as last season’s convincing league win showed, and if Hummels decides to leave, Dortmund’s misery will be further compounded.