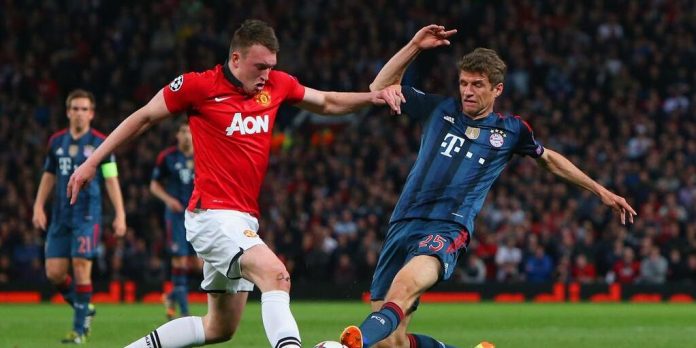 It is surely David Moyes’ biggest success to date as Manchester United manager. His side’s 1-1 draw with the mighty Bayern Munich was as unexpected as they come, as United kept their German adversaries at bay for long periods, and arguably should have won the game, considering Danny Welbeck’s two huge chances in the first half. 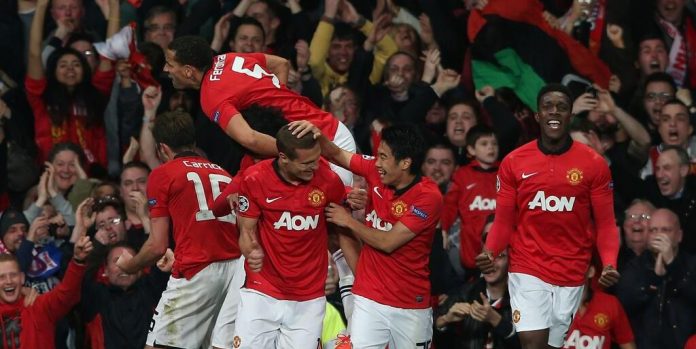 Here are three key talking points from the match:

1. United not as broken as one first thought

Many expected David Moyes’ side to be comprehensively undone tonight, but right from the first whistle, United stood up to Bayern Munich, and refused to be steamrollered.

Moyes’ game plan worked well, with Antonio Valencia and Danny Welbeck stretching the Bayern defence on the break, with the Germans often leaving only a handful of defenders back when pushing forward.

Indeed, Welbeck thought he had scored following an early, flowing move, only to see it ruled out for a high-foot. Soon after, the England man squandered a glorious chance to open the scoring, but some poor decision making saw him attempt to lob Manuel Neuer instead of taking an easier option.

Regardless of the missed chances, United looked threatening, invigorated, and certainly worthy of their status as Champions League quarter-finalists.

2. Moyes’ squad showed up when it mattered

Not only did United have to contend with the might of Bayern on the face of it, they also had to do it without the injured Robin van Persie and the cup-tied Juan Mata. Adnan Januzaj, Ashley Young and Nani also found themselves on the bench, as Moyes went for pace, strength and dependability.

Michael Carrick, Ryan Giggs and Marouane Fellaini made up a strong, compact midfield, while Valencia and Welbeck on the flanks worked well in the face of such strong opposition.

The wide duo worked tirelessly to stretch play, and only in the second half did Moyes introduce more creative minded players, Kagawa and Young. While it failed to provide the second goal, Moyes got his tactics right overall, with Bayern unable to turn possession into goals.

3. Different kettle of fish in the second leg

While United have done themselves proud tonight, Bayern are very much in the driving seat after bagging an away goal in the second half. United need to go to the Allianz Arena and score to have any chance of progressing to the semis, and it is a tough ask.

While we cannot rule United out, and I believe they are fully capable of netting in Germany, Bayern are strong, resilient, and will be out to set the record straight after tonight’s draw. United stood up to the bully tonight, but it may herald a fiery reaction next week in their own back yard.

What do you think? Can United go on and win? Let me know in the comments below…