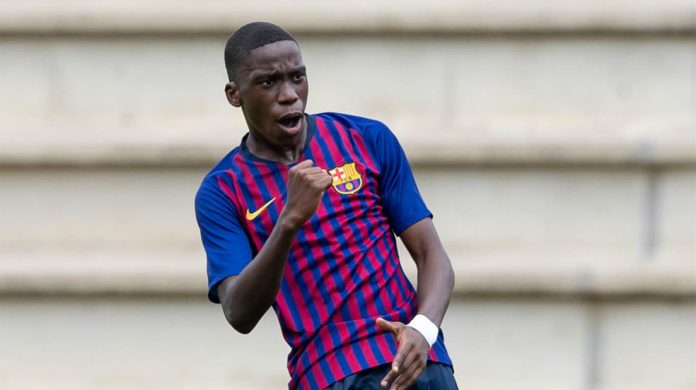 According to Spanish publication Sport (report translated by SportWitness), the Premier League giants are confident of signing the technically gifted midfielder this month.

The report claim and City aren’t the only ones after Moriba. The likes of Chelsea and Juventus are thought to be interested in the player as well.

The player will be eligible for a professional contract later this week when he turns 16 and Barcelona have already presented the terms to him.

However, City are firmly in the race to sign the player and they are quite optimistic of striking a deal.

Apparently, Manchester City have been working on the signing for a while and they believe they can win the race for his services.

The Premier League outfit are waiting for the player to arrive on the 20th of this month and they are hopeful of finalising a deal then.

As per the report, Barcelona’s offer is lower than that of the players’ other suitors and the La Liga giants could lose their hot prospect.