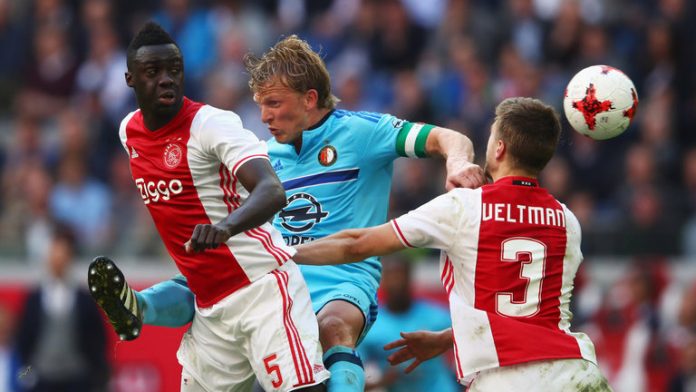 van der Sar was unsurprised to see the latter trio leave the club, but admitted he was unsure whether Sanchez had made the right decision.

Speaking at the Soccerex Global Convention in Manchester, the Ajax CEO said: “I’d rather not replace them because I want to have as good a team as possible.

“But we know at a certain point that the Dutch league is not strong enough.

Hopefully if you play three, four or five years for the club and give us two or three championships and success in Europe, then in an ideal world it’s the right step to go forward.

“I think with Sanchez one year is too early. He should have stayed two or three years, but sometimes with the financial power that is looming over us in the bigger leagues it is quite difficult even for a big club like Ajax, coming from a small league, to resist certain transfers.”