Manchester United may have the chance to land one of the best midfielders in the world this summer in Bastian Schweinsteiger. According to one of the most reliable German tabloids Bild, the most-capped player in the country’s history, Lothar Matthaus has advised the Bayern Munich star to move if any top club comes calling for him.

Matthaus said that Bayern manager Pep Guardiola doesn’t rely too much on Schweinsteiger anymore. Therefore, the midfielder may thrive at another club where he is more valued. Guardiola has brought in his countrymen Thiago Alacantara and Xabi Alonso to the club, and Matthaus believes that they have a higher standing in the eyes of the manager than Schweinsteiger.

“Pep Guardiola has shown in the past twelve months, that he no longer relies on large Bastian Schweinsteiger”, he said. 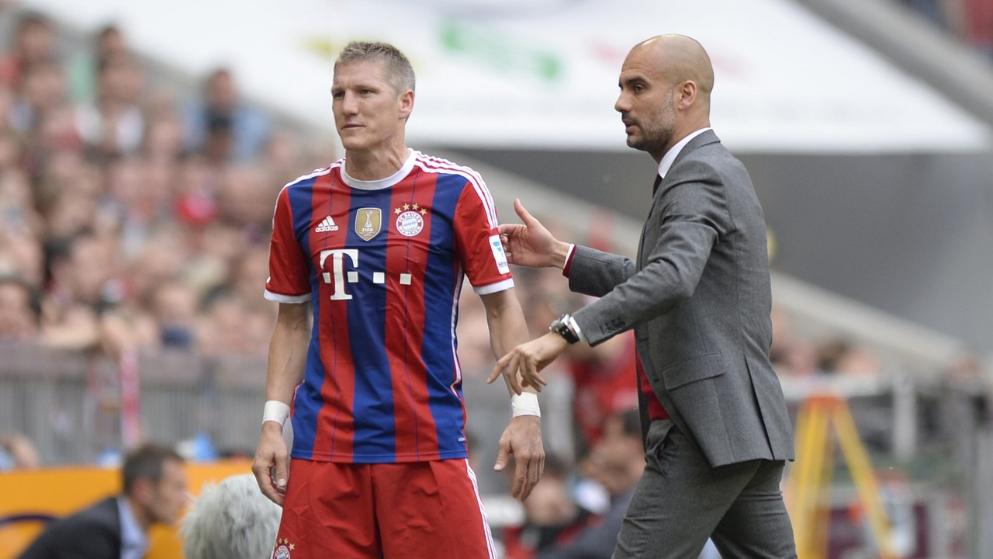 Two other legends – Franz Beckenbauer and Ottmar Hitzfeld though, have said that the 30 year-old should remain with the Bundesliga winner. While the former believes that Schweinsteiger will struggle to move and adapt to a new league at this age, the latter stated that things should be cleared up with Guardiola before making a decision.

German skipper Schweinsteiger has been at Bayern since 1998, when he was just 14. He has made exactly 500 appearances for the club in all competitions, and won 8 German leagues titles, 7 German cups and one Champions League during this time. The crowning moments of his career though, came last year in Brazil when he won the World Cup with his national side.

If Schweinsteiger were to available though, he may be the perfect solution for Man United. With his vast experience and technical know-how, he will provide the thrust that the Red Devils lacked from central midfield last season. Michael Carrick was brilliant whenever he played, but injury problems meant that the Englishman missed large parts of the season. Schweinsteiger will therefore be a great asset in the squad for Louis van Gaal. He could even play alongside Carrick when the latter is fit and allow Ander Herrera to push further forward.