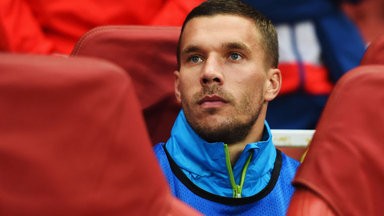 In 2010, as Germany landed in South Africa for their World Cup campaign, Lukas Podolski was one of the main men. The Koln-man was one of the first names on manager Jaochim Loew’s team-sheet and with good reason too, the 25 year-old being one of the most prolific forwards in the side. He had a fantastic tournament, where despite getting on the scoresheet only twice, Podolski set up several other goals for his teammates. Germany reached the semi-finals and the future looked extremely bright for both the team and the player. 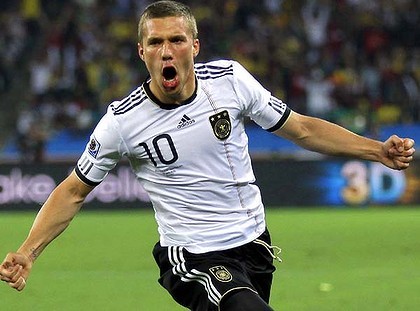 Fast forward to four years later in Brazil, and only one half of that statement came true. Germany went one better than South Africa and won the World Cup, beating Argentina in extra-time in the final. That game lasted 120 minutes and for all of it, Podolski was a mere spectator. Once the go-to man for Loew, the now-Arsenal player remained on the bench for the majority of the tournament. This leaves us with the question – “How did this stunning turnaround take place?”

Podolski moved from Koln to the Emirates in 2012. The versatile striker had never been as prolific with for club sides as he had for his country, but many believed that he was the answer to the goalscoring problem at Arsenal. In his first season, he scored 16 goals, a decent return. In his second season, he looked set to better that tally and establish himself in Arsene Wenger’s side.

His form since though, has dropped like a stone. After an indifferent campaign last year, he hasn’t started a single game this season, and hasn’t played for more than 15 minutes in any of the 4 occasions he has come of the substitutes’ bench. The 29 year-old has expressed his displeasure openly, and there are very strong rumours linking him with a move away from the club in January.

There are several Arsenal fans who feel that Arsene Wenger ought to play him on a more regular basis. Neither Olivier Giroud nor Danny Welbeck has been prolific in front of goal, but even then, the French manager doesn’t play Podolski. Even when he does play him, it is as a wide striker rather than as the main man up front. Even though Podolski has had a lot of success playing in this position for Germany, Wenger’s stubborn refusal to try him in a different role is very surprising.

Germany manager Loew too, has come out and stated that it may be best for Podolski to leave Arsenal. He has lost his place in the national side and with the current crop of talent coming through, playing on a regular basis for his club is a bare minimum for him to stand any chance of breaking into the German team again. Employed as a wide striker by Loew, Podolski needs to overhaul the likes of Andre Schurrle, Mario Goetze, Marco Reus and Thomas Mueller to get into the side.

To put things into perspective, Podolski has 121 caps and 47 goals in his stellar Germany career. Since joining Arsenal, he has only managed to find the back of the net 4 times for his country. He only played 52 minutes in the whole of Deutschland’s World Cup campaign earlier this year and didn’t manage a single shot on target. 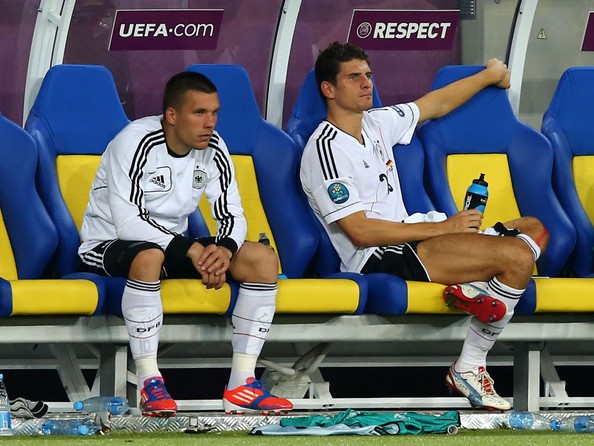 Therefore, in the current scheme of things, it is best for Lukas Podolski to leave Arsenal and look for pastures new. There is a lot of interest from Germany, and it may be a good career move for him to return to his motherland.

With regards to his Germany career, the damage seems to have been done. Whether he can somehow get back into the reckoning, only time will tell. Under the current circumstances at Arsenal though, it is absolutely impossible.