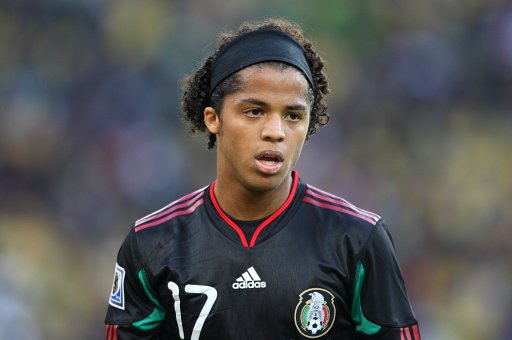 Mexico is king of CONCACAF for another two years and there’s no second guessing this time. After beating a US “B” team in the 2009 final, El Tri demolished the best the US had to offer in an entertaining 4-2 final Saturday.

With the tournament over let’s take a look at where some teams go from here and some thoughts on who impressed and who has work to do heading into World Cup qualifying.

Are we heading into the golden era of Mexico soccer?

A much respected colleague of mine is convinced that this is the best Mexico team we’ve seen. From an attacking standpoint he could be correct. The combination of Gio Dos Santos – who Tottenham would love to be as good at the club level as he is with the national team –, Chicharito, Pablo Barrera, Andres Guardado and Aldo de Nigris is the best group of attackers El Tri has ever seen.

While they’re great going forward Mexico’s future is bright in the back. With Captain Rafa Marquez likely to be moving away from national team duty a back line of Efrian Juarez, Carlos Salcido, Hector Reynoso and Jorge Torres Nilo could provide the type of defense that could put Mexico into the upper-echelon of world soccer.

While Mexico is flying high after the final win the US and Bob Bradley is left to figure out just what went wrong. To find the answers Bradley & Co. need to look at the back line first. With Steve Cherundolo – who had an excellent tournament – going down in the 11th minute the US was left to rely on Jonathan Bornstein on the left side. The move showed just how shallow the lack of depth is on defense for the US and the team gave up four goals in the loss.

With the US showing their creative side in the attack with Landon Donovan, Clint Dempsey and the resurgent Freddy Adu providing a spark, the concern should shift from the attacking core to the back line. That’s where the questions lie that will define Bradley’s second tour of duty.

Early in the Gold Cup it looked like Jamaica would be the up-and-coming team from the tournament, but the team that impressed the most as an underdog was Panama. They twice took the game to the US and showed that they can play the type of organized, stingy defense that propelled a team like Paraguay to World Cup success in 2010.

Costa Rica was expected to be a serious challenger for the Gold Cup and the Ticos were anything but. Their stars Bryan Ruiz and Alvaro Saborio never got on track. They’re futility was evidenced by their elimination where the team missed a penalty kick in regulation and then lost out in a shootout.

That’s it. Thanks for following and reading during the Gold Cup. It’s been fun and I hope you enjoyed the coverage.