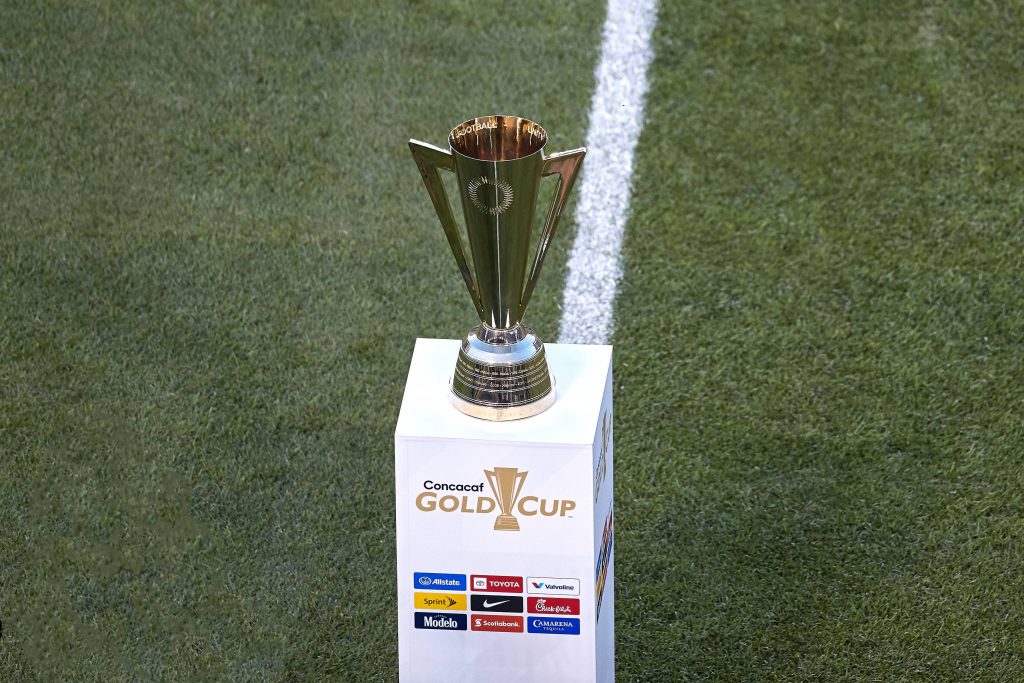 The 2021 CONCACAF Gold Cup got underway on Sunday night as defending champions Mexico played out a goalless draw with Trinidad & Tobago.

The Gold Cup is the biennial continental tournament involving countries from North America, Central America and the Caribbean region and is organised by CONCACAF.

The 2021 competition is the 16th edition of the Gold Cup, albeit the first that see the usage of the video assistant referee (VAR).

Hosted by the United States, the 2021 Gold Cup consists of 15 participating teams from the CONCACAF region joined by guest nation Qatar.

Mexico, who started the tournament with a whimper rather than a bang, are the reigning titleholders and the record Gold Cup winners with 11 titles.

In addition to El Tri, the United States have won six of the remaining seven editions, with the two nations alternating between success and failure across the last five tournaments.

Twelve nations advanced to the final tournament directly via the 2019/20 CONCACAF Nations League, while three of the remaining four participants fought their way in through qualifiers.

Trinidad & Tobago, Haiti and Guadaloupe managed to secure their berth in the 2021 Gold Cup group stages via the qualifying play-offs, with Curacao withdrawing a day ahead of the tournament on the back of a COVID-19 outbreak within the team.

Despite losing to Guadaloupe in the play-off final, Guatemala reached the group stages as the highest-ranked team among those eliminated in the preliminary round, taking Curacao’s place.

The reigning AFC Asian Cup champions Qatar will make their tournament debut after receiving an invitation from CONCACAF to take place in this summer’s edition.

Much like other continental tournaments around the world, the Gold Cup sees the knock-out phase following the group stages.

Sixteen times divided into four groups will play three fixtures each in a round-robin competition, with the top-two nations from each group securing a place in the knock-outs.

Eight teams to make it out of the group phase are paired in predetermined one-off quarterfinal match-ups based on their group stage finish.

As has been the case with every tournament since 2017, there will is no third-place play-off.

The grand final will be staged at Allegiant Stadium on Sunday, August 1.

Who are the 2021 Gold Cup favourites?

Despite a sluggish start to the 2021 Gold Cup, Mexico are in charge of defending the title after ousting the United States 1-0 in the 2019 grand final.

Led by Napoli’s Hirving Lozano and Porto’s Jesus Corona, the Mexicans boast one of the most intimidating attacks at the tournament.

Though the duo failed to shine in the curtain-raiser, they are likely to pick up steam as the competition progresses, with Gerardo Martino’s side pursuing back-to-back Gold Cup titles for the second time in the 21st century.

Mexico may have the history on their side, but the United States are also in the mix, especially following a hard-earned CONCACAF Nations League success back in June.

Chelsea’s Christian Pulisic and Juventus’ Weston McKennie won’t participate in the tournament, but head coach Gregg Berhalter has a host of MLS stars to rely on at the 2021 Gold Cup.

Mexico and the USA have won each of the past ten Gold Cup editions and will spark their rivalry again, with El Tri looking to land the title on the US soil.

A 4-1 thumping of minnows Martinique in their competition opener suggests Canada could stake a claim for their second Gold Cup title.

In the absence of Bayern Munich prodigy Alphonso Davies, Besiktas striker Cyle Larin stole the show at Children’s Mercy Park as the Canucks made a decisive step towards reaching the quarter-finals.

As confirmed by CONCACAF, the tournament will be held in eight cities in the United States, with the grand final set to take place at Allegiant Stadium in Paradise, Nevada.

Football fans based in the United Kingdom can follow the 2021 Gold Cup action live on Premier Sports.

The competition will be available online via FOX Sports, Univision and TUDN’s digital platforms.

With a monthly subscription costing £10.99 for the full package, including Premier Sports 1 and 2, LaLiga TV and Box Nation, there is also a streaming option available.