How Long Can ‘Tinkerman’ Last At Leicester?

“Football managers are like a parachutist. At times it doesn’t open. Here, it is an umbrella. You understand, Mary Poppins”

Claudio Ranieri has become an example to English clubs that coaches with a reputation in Europe are not always the best option. He is revered as an outspoken coach not for his controversial statements but more for his baffling outlandish rambling. His pedigree of clubs is impressive on paper having coached Roma, Valencia, Atletico Madrid, Juventus, Inter Milan, Napoli, Monaco, Fiorentina and Chelsea at different stages of his career. 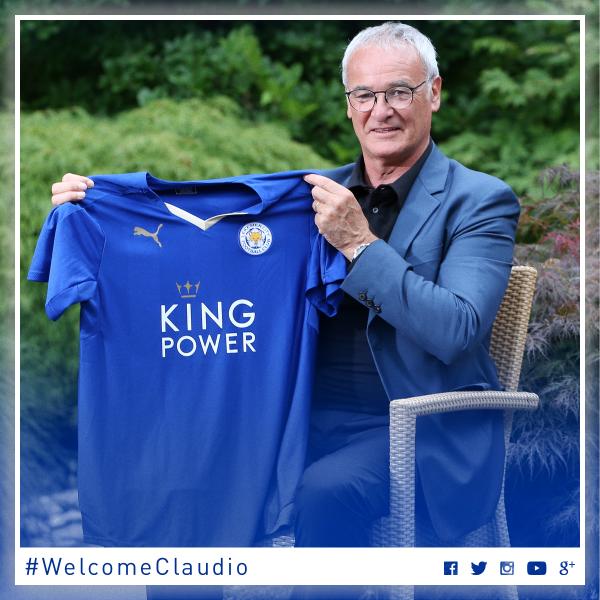 However when you take a closer look you realise his longest stay as coach anywhere was his stint at Chelsea, four trophy-less seasons at the beginning of the Abramovich era. In fact his biggest successes have been two promotions from Seria C in Italy, one from Seria B and most recently he got moneybags Monaco promoted from the French second division in 2012. A Copa Del Rey and Uefa Super Cup with Valencia are his other notable triumphs, it’s worth adding that before getting Monaco promoted his last trophy as a manager came in 2004, and before that 1998.

Leicester City fans were calling for the return of Martin O’Neill, there most successful manager in recent memory having gained promotion to the top tier and established the club as a solid Premier League side in his five year stay.

If reports are to be believed Leicester made no attempt to contact O’Neill, currently Republic of Ireland Manager. The other name foxes fans wanted was former O’Neill player Neil Lennon, currently Bolton Wanderers manager who surely would have loved a pop at the big league with his former club.

Neither man was contacted about the Leicester job; instead Ranieri was plucked from obscurity after his four month spell as Greece national team manager last year.

Replacing Nigel Pearson was crucial, as was sacking him. Last season he got into a verbal altercation with the clubs fans after losing a game, received touchline bans for various misdemeanours and verbally abused interviews at press junkets. The straw that broke the camel’s back was when Leicester justifiably sacked three youth team players after the clubs post season trip to Thailand, one of which happened to be Nigel Pearson’s son James. His managerial replacement was presumably going to be tasked with establishing Leicester once again in the Premier League, longevity being the key.

Claudio Ranieri’s longevity is the exception rather than the rule, his nickname the ‘Tinkerman’ comes from his confusing tactical changes and substitutions which have routinely lost his team’s games. Not sticking with a settled starting 11 is not a problem in itself but when a coach switches the team around regardless of form it becomes a problem, and again baffling.

Barring a couple of game changing transfers before the window ends combined with an exceptional start to the new season I fear by Christmas Ranieri will find himself 10,000 feet above ground, parachute ready preparing to jump again, You understand Mary Poppins?