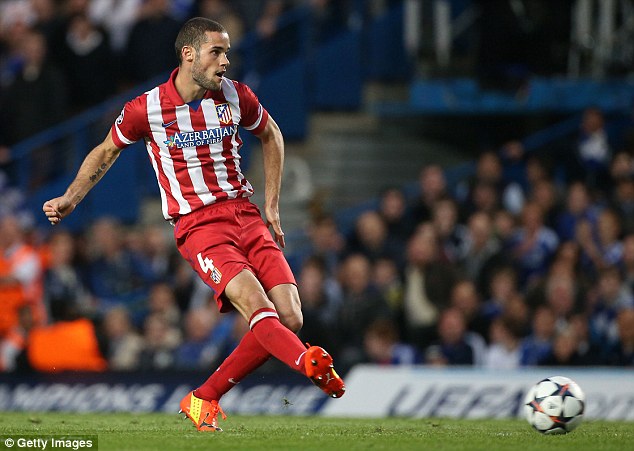 Liverpool are looking to sign a defensive midfielder in the January transfer window, and have registered an interest in Fiorentina’s Mario Suarez.

According to beINSports’ Tancredi Palmeri, Liverpool have contacted La Viola over a possible move for the former Atletico midfielder, however, it appears that the Reds are likely to face competition from Premier League club Watford for his services.

Liverpool have contacted Fiorentina for Mario Suarez. Also Watford are in

Fiorentina would be willing to sell the midfielder for around £6m.

The 28-year-old Spain international joined Fiorentina this summer on a deal that saw Stefan Savic moving in the opposite direction.

Suarez has failed to cement a regular starting berth under Paulo Sousa, and has managed only nine appearances for the Viola so far.

Liverpool, who are actively trying to secure a deal for the Brazilian midfielder Alex Teixeira, have yet to make any formal offer for Suarez.

Balotelli to return to Anfield in January?

Liverpool’s forward line has been depleted with injuries to Daniel Sturridge, Danny Ings and Divock Origi. Christian Benteke has struggle to make an impact, forcing Jurgen Klopp to use Roberto Firmino, an attacking midfielder, in the false 9 role.

The Reds, however, may not need to sign a striker in January, as reports in Italy suggest that Italian striker Mario Balotelli could return to Anfield within the next few days.

Balotelli joined AC Milan in the summer on a season-long loan deal, however the Rossoneri might terminate his loan contract early, as they are reportedly unhappy with the striker’s recent performances.

The 25-year-old Italian wants to play under Klopp, and his agent Mino Raiola is trying to terminate his loan deal at Milan and take him to Anfield within the next week.