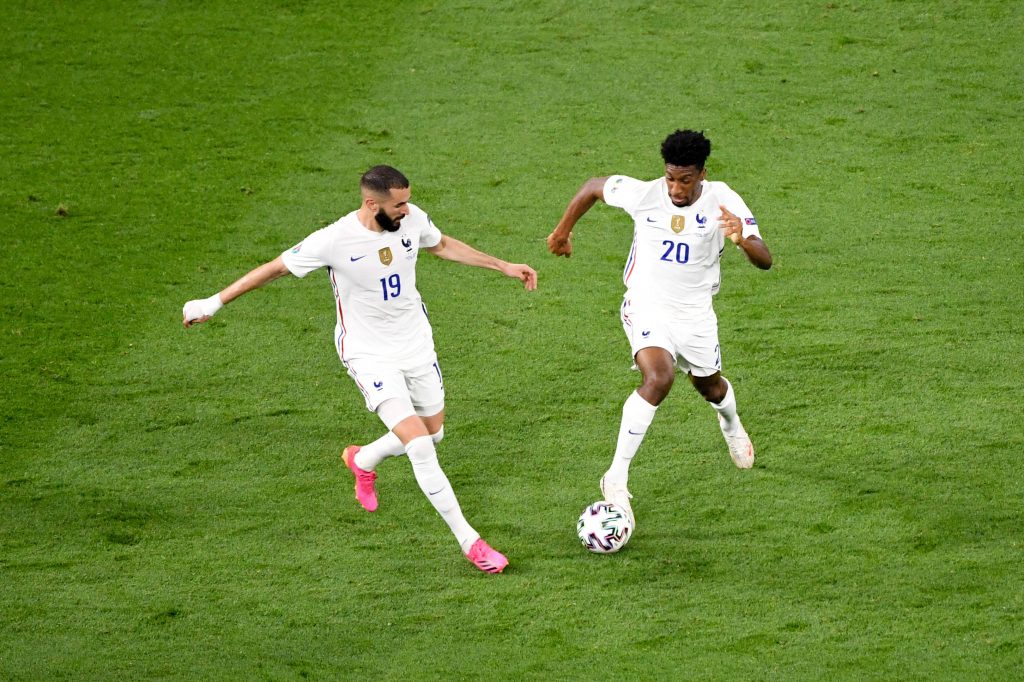 After addressing their defensive problems by signing Ibrahima Konate this summer, Liverpool have turned their attention to making additions to other areas of the squad.

Signing an attacking midfielder is a priority. With Xherdan Shaqiri, Harry Wilson, and Divock Origi likely to depart, the Reds need to add more depth in that position.

Liverpool are reportedly tracking Bayern Munich winger Kingsley Coman and have already made an approach.

The Frenchman has spent six successful seasons with the German giants (two years on loan) and is under contract until 2023.

He has won six Bundesliga titles at Bayern. Coman is a highly talented player, but his poor injury record is a big concern.

It has been claimed Liverpool have submitted an offer of €35 million (£30m) for the 25-year-old winger but have been told to up their bid to €50m (£42m) – as reported by La Gazzetta dello Sport (via beIN SPORTS).

According to Sport 1 journalist Florian Plettenberg, the Reds are keen on signing the French international star.

Bayern want him to commit his future at the club and extend his stay, but Coman’s father is forcing his departure.

Update #Coman: Yes, #LFC is definitely interested in signing him and they are in contact with his management. But right now, it’s not a hot topic. #FCBayern still want him to extend, especially Nagelsmann. But Kingsley‘s father forces his departure to 🏴󠁧󠁢󠁥󠁮󠁧󠁿. @SPORT1

Coman is undoubtedly a quality player, but his injury record is a concern, and it is debatable whether he would be a good fit under Jurgen Klopp.

Liverpool already have Diogo Jota as an option. However, the Portuguese is more of a drifter who loves to get into scoring areas, whereas Coman is a natural winger.