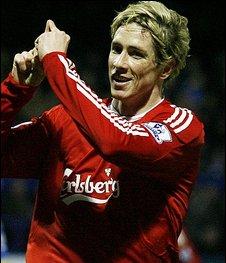 With their English Premier League title hopes gone, Liverpool will continue their march towards a Europa League title with a round of 16 first leg match against French side Lille.

Liverpool head into the match after a disappointing loss at Wigan on Monday in the English Premier League. The Reds continue to struggle in the Premiership and could salvage their season with a deep run into the Europa League. They advanced to the round of 16 with a 4-1 win over Unirea Urziceni.

Lille are 6th in the French Ligue 1 table and enjoying another solid season. Despite being in 6th place, Lille has the highest goal difference (+22) with 50 goals scored and 28 goals conceded. Their defense will be tested on Thursday as Liverpool will have a fit Steven Gerrard and Fernando Torres available.

Players who will be sidelined because of injury are Fabio Aurelio for Liverpool and Nicolas Plestan, Mathieu Debuchy, Tulio De Melo, and Gervinho for Lille.

A win for Lille in the first leg is important with the second leg at Anfield. Liverpool haven’t been strong on the road but still are capable of playing with any team in the world. If they can get strong performances from Gerrard and Torres then it could be a long night for Lille. This hasn’t happened often this season and Lille have not lost at home in the Europa League.

Lille is led by Gervinho who has five goals in the Europa League. The home side should be more aggressive as Liverpool will be content with a draw or even a 0-1 defeat.

You can watch Lille v Liverpool live online as well as all other Europa League games. Read our live Europa League football page for more details.