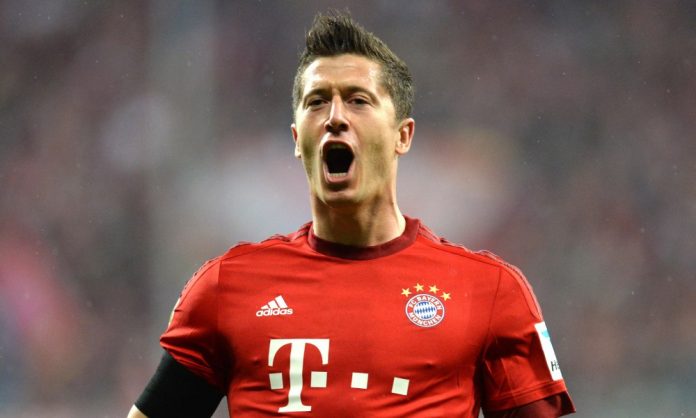 Bayern Munich and Borussia Dortmund have had a great start to the season, currently sitting in the top two spots of the Bundesliga. These German clubs are being led by two standout players this season in Pierre-Emerick Aubameyang and Robert Lewandowski. With already 19 goals combined between the two players, they led their clubs in a match against each other at the Allianz Arena. Bayern Munich won in convincing fashion with an impressive 5-1 score line. Lewandowski and Aubameyang both scored in this game, bringing both of their goal tallies into the double digits, with 22 goals combined, after only 8 games.

Robert Lewandowski is not only leading the Bundesliga top scorers, but he also has the most goals in all of the top 5 European leagues (England, Italy, Spain, Germany, France) combined! In a game against Wolfsburg, Lewandowski scored 5 goals in a matter of 9 minutes after being subbed on to the field in the 46th minute. He has played 7 games for Bayern and scored 12 goals, taking only 36 shots, averaging a goal every three shots! Lewandowski is only in his second season for Bayern Munich and he is proving to be one of the best strikers in the world this season. After Bayern’s most recent game against Borussia Dortmund, they have increased their lead to 7 points over Dortmund in the Bundesliga table and are on track for yet another Bundesliga championship.