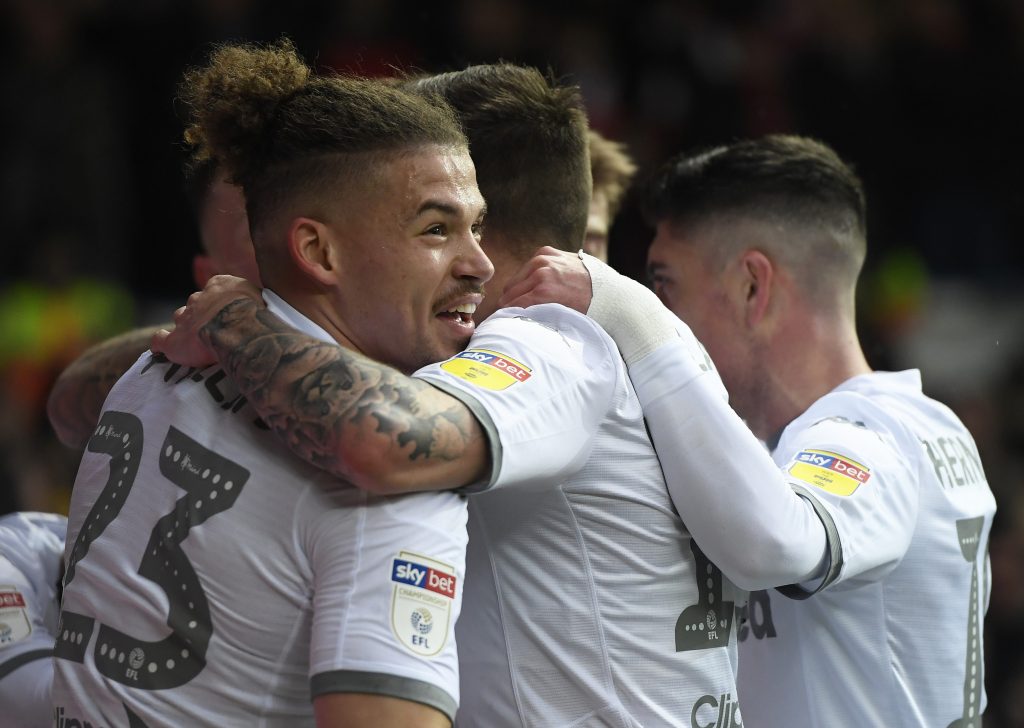 The 24-year-old midfielder has taken his game to a whole new level under Marcelo Bielsa, and his performances in the last two games have been simply unreal.

Phil Hay of The Athletic has suggested recently that this would definitely be the final season for Phillips in the Championship. The dynamic holding midfielder was targeted by several Premier League clubs in the summer but Leeds did well to keep him with them.

Leeds could face a strong battle to keep hold of him even if they secure promotion to the Premier League, with several heavyweight clubs including Tottenham Hotspur and Manchester United vying for his signature.

Recently, Graham Smyth of the Yorkshire Evening Post, tweeted a video clip of Italian legend Andrea Pirlo with a caption – “Like an old Kalvin Phillips.”

Of course, Phillips is is nowhere near in terms of class and pedigree to be even compared with the great Pirlo, but in terms of style and execution, there is a similarity.

Many Leeds United fans have responded to Symth’s tweet to share their admiration for both the players. In case you feel like the comparisons are far-fetched (which is true), at least you’ve got an excuse to revisit the class of Pirlo in this video. Wow! What a player he was!

What an absolutely world class talent He was

Remarkable how similar a player he is

What a player. @Kalvinphillips has a role model.

There is shades of pirlo in Kalvin's game. The vision, The calmness, it's gorgeous to watch.. keep it up @Kalvinphillips 👌👌⚽⚽