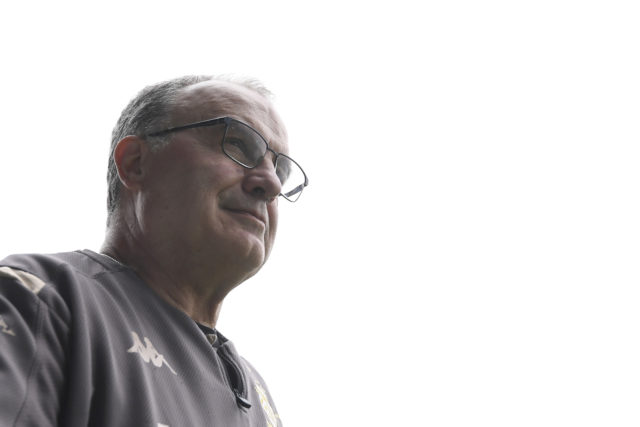 Leeds United have secured promotion to the Premier League after a sixteen-year absence.

Marcelo Bielsa’s side came close to achieving that feat last season, but they failed at the final hurdle. This time, however, they didn’t repeat the same mistake.

Leeds United owner Andrea Radizzani has said that he hopes that Bielsa will sign a new contract at the Yorkshire club. He has admitted that he will meet with the Leeds head coach over a new deal in the next few days.

When Bielsa arrived at Elland Road in the summer of 2018 his contract gave Leeds the option of extending it at the end of each season for the following three years.

Ahead of Leeds United’s final game against Charlton Athletic, Bielsa was asked to comment on his future. However, the Argentine (as relayed by Phil Hay) has remained coy on the subject.

Bielsa said that he is focused on the game ahead and that time is required to ‘let this period pass a bit’.

Many Leeds fans have taken to Twitter to express their reaction. Some of them feel that it is Bielsa’s way of taking the attention off him, and that there’s no need to panic. There are other sets of fans who are feeling nervous.

He taking the attention off him and wants the whole club and fans to enjoy the moments. Fair play and very Bielsa like, I have no doubts he will will be staying and want to challenge himself at the best level. People need to relax

Goes without say I want him to stay for at least 1 season in prem, but I would not be shocked if he chose not to. When he signed the extension last year he claimed to have 'unfinished business' big question is does he consider that business finished?

Not worried at all. He said same things last season. He will want a crack at the premier league at least one season pit his wits against the so called top managers there. #lufc

He’s not even talked to the hierarchy about it. That’s his way. With the shortened pre-season, it’ll need to be sorted one way or the other a lot quicker, this time 🤷‍♂️

He is unbelievably cryptic , him getting us up as champions and then leaving would be the most Bielsa thing ever 😂

interesting Pochettino yesterday turned down Monaco….Juventus or leeds???
I will be surprised if Bielsa stays to be honest, hope im wrong.

Time to roll the Allardyce.

Having taken Leeds this far, it is highly likely that Bielsa will extend his deal and continue to take the club forward. Everyone wants him to stay, and it will be great for the Premier League to have a manager like him.