According to reports from The Mirror, Lewandowski’s agent has hinted that the striker’s future may not lie with Bayern Munich, and Klopp will try to lure the 27-year-old Polish goal machine to Anfield.

Klopp signed Lewandowski for Borussia Dortmund from Lech Poznan in 2010, and the striker instantly became a hero at the Signal Iduna Park. However, his relationship with the fans turned sour, after he allowed his contract to expire to join Dortmund’s bitter rivals Bayern Munich in 2014.

Lewandowski has been enjoying a rich vein of form at the moment, scoring 15 goals in last six games, including five goals in nine minutes against Wolfsburg and a finely taken brace at Hampden Park that ended Scotland’s hopes of qualifying for Euro 2016 as Poland drew 2-2. 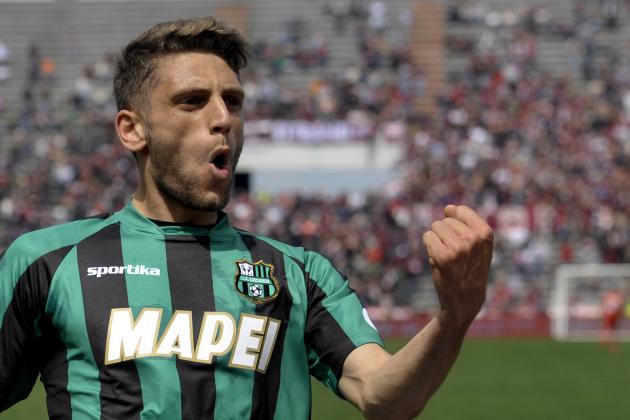 Berardi is not a traditional centre forward, but is goal tally of 31 goals in his first two seasons in Serie A gives a spectacular reading.

Klopp wanted to sign the Italian forward when he was in charge of Dortmund, but he didn’t make any formal approach back then because the player was co-owned by Sassuolo and Juventus.

The problem is now resolved, with Sassuolo buying the player outright, but Juventus still maintain a buy-back clause.

Liverpool do have plenty of strikers – Christian Benteke, Daniel Sturridge, Danny Ings and Divock Origi, while Mario Balotelli is on loan at AC Milan – but Klopp will not hesitate to sign one or two top forwards if they’re available in the market.