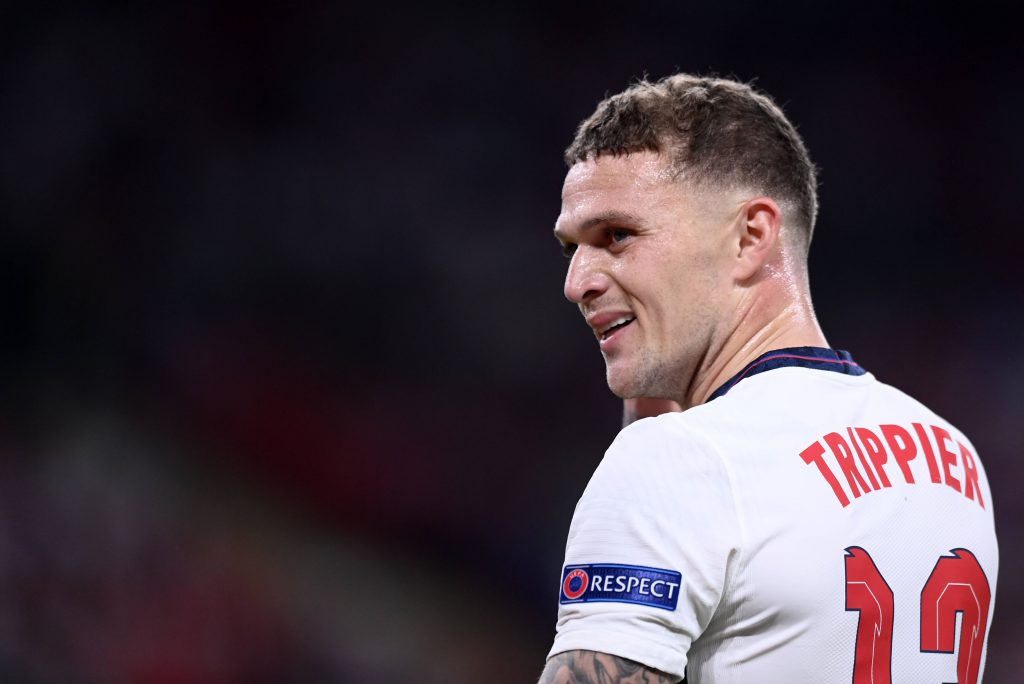 Kieran Trippier is hoping to complete a move to Manchester United this summer, according to Spanish publication Sport (via The Faithful MUFC).

Trippier has spent the past two seasons in Spain with Atletico Madrid, following his transfer from Tottenham Hotspur in 2019.

His time in La Liga has been highly successful, assisting ten goals and winning one league title in the last two terms.

He has enjoyed similar success on the international stage in recent years.

The right-back was one of England’s standout players in the 2018 World Cup, scoring a free-kick against Croatia in the semi-final.

He followed up with an assist in the final of this summer’s European Championships.

The Englishman has been linked with a return to the Premier League, with Manchester United pursuing a deal with Diego Simeone’s side.

According to Spanish source Sport, as relayed by The Faithful MUFC, Trippier is pushing for the move to Old Trafford.

If an agreement is made between the two clubs, the 30-year-old will have the opportunity to return to the country where he spent ten years of his playing career.

He made 343 appearances in England across spells at Manchester City, Barnsley, Burnley and Tottenham Hotspur.

During that time, he won promotion to the Premier League with Burnley and reached the 2019 Champions League final with Spurs.

There has been much debate over the right-back position at Man Utd.

Ole Gunnar Solskjaer’s current first choice is Aaron Wan-Bissaka, who was signed from Crystal Palace for an estimated £50 million fee in 2019.

The England youth international is regarded as one of the best one-on-one defenders in the world, but other aspects of his game have come into question.

The Red Devils currently don’t have another senior right-back on their books. Additional depth is a necessity if they wish to compete on multiple fronts this season.

It has been reported that Trippier has a release clause of €40m, and Atletico will not sell for anything under.

For a player who turns 31 next month, this could be deemed too expensive.

Man Utd are looking to end their trophy drought this season, having failed to lift any silverware since the Europa League in 2017.

They have already made huge improvements to their squad, bringing in Jadon Sancho and Raphael Varane from Borussia Dortmund and Real Madrid.