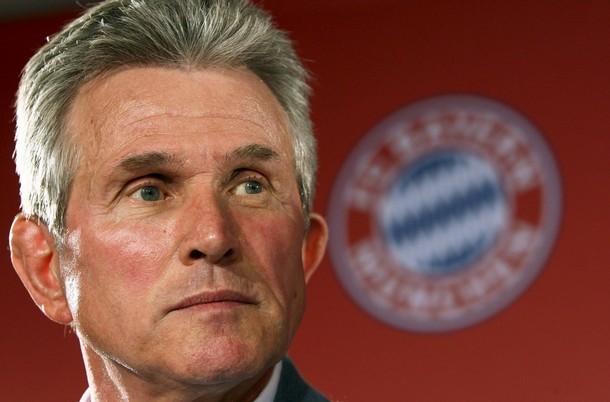 Jupp Heynckes’ appointment at Bayern Munich may present a shrewd implementation by Uli Hoeness and Karl-Heinz Rummenigge but with just a two year contract penned as well as his age of 65 to be considered, is this just another short-term fix by The Bavarians?

Louis van Gaal will be stepping down at the end of the season after an indifferent campaign that has produced the biggest anti-climax after their magnificent exploits last season. They strolled domestically by clinching their 22nd Bundesliga title and 15th German Cup, only to be humbled by Internazionale in the Champions League Final. Nevertheless the fact that Bayern got to the final of Europe’s premier competition demonstrated the progression of the team and the astute tactics applied by the coach.

Big things were expected of the club once again but they have dipped severely and are currently languishing outside the Champions League qualification spots – seven points behind Bayer Leverkusen who are ironically under the guidance of Heynckes who will be van Gaal’s successor at the Allianz Arena. His success thus far may very well hinder his future aspirations with his current club looking to automatically book their ticket at Europe’s premier competition at the expense of Die Roten.

Heynckes is one of the finest German coaches of his generation having tasted success in and out of Germany where he won the Champions League with Real Madrid in 1998 in his solitary season at Los Blancos. It was indeed at Bayern where he made his name having won two league titles and domestic cups during his four year stint from 1987-1991.

He returned to the club 18 years later in the spring of 2009 as caretaker following Jurgen Klinsmann’s sacking and guided them into the Champions League, leading to van Gaal’s appointment. Only a few months later Heynckes ended up at the BayArena and has performed a sterling job since his appointment.

There is no disputing the coach’s talent and credentials but at the age of 65 it seems highly unlikely that his appointment will lead to anything more than just a short-term fix with the hierarchies expecting a rebuild next season.

The fact that younger aspirers have been overlooked may demonstrate a reluctance from the club, having appointed Jurgen Klinsmann in 2008. The aforementioned enjoyed a successful two-year period at the club as a player but was unable to replicate his success via the touchline. Bayern tried their luck with a younger man and it ultimately backfired. They obviously feel that experience is key for managing a club of the sheer magnitude of the Munich entity and the risk of taking another chance on someone younger could turn out to be critical – considering the club’s current plight.

Heynckes will be the club’s fifth coach in just four years. Felix Magath’s departure in 2007 ended a successful three-year period that included two Bundesliga titles, two German Cups and a German League Cup. However, a dismal 2006/07 campaign lead to his sacking during the mid-season. That led to the return of Otmar Hitzfeld for a year and a half. He had been Magath’s predecessor where he managed the club for six years during 1998-2004 and won just about anything and everything during a wonderful era for the club.

In truth he was the last coach to really have a prolonged run and it paid dividends. The Bavarians would become the champions of Europe in 2001 and dominate their domestic calendar year after year. His success has never been truly replicated despite van Gaal’s showing last season where he guided them to their first Champions League final in nine years.

Juup Heynckes is inheriting a squad blessed with youthful exuberance and experience but its chemistry has somewhat deteriorated since last spring. Although his current Leverkusen side are occupying the second automatic Champions League spot, his future employers are just two points behind Hannover who occupy third – the final Champions League place that involves the dreaded qualifying round. Bayern will not contemplate the monumental mishap of failing to qualify and possess the dream of contesting the 2012 final which will take place at their Allianz Arena.

The future coach has his work cut out when he steps through those Bavarian doors this summer but his credentials and attributes cannot be discounted. Although this will only be a short-term period for all parties involved, Heynckes will be hoping to make the most of it and replicate some of his earlier success which implemented his name into the folklore of German and European football.