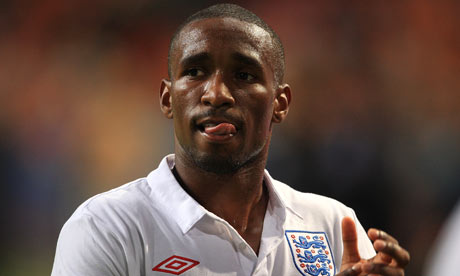 Rangers Glasgow have been hugely boosted by the arrival of veteran English striker Jermaine Defoe, and the 36-year-old has been widely tipped to help change the fortunes of the Ibrox club over the next 18 months.

The former Tottenham star is without a doubt drawing near to the end of what has been a great career, but he reckons he could have a strange feeling playing under manager Steven Gerrard – a former international teammate of his – just as he did under Eddie Howe at Bournemouth – who he played alongside with during a brief first stint with the Cherries.

“It might be a little bit strange having him as my manager; I had it a little bit with Eddie Howe because I was at loan at Bournemouth when I was really young but only for a few months,” Defoe said of Gerrard to Rangers official website.

“With this it will probably be a lot different, my time with England with Stevie was good and we now just have to get on with it, do the best we can and try and build something positive for the team.”

38-year-old Gerrard remains one of the youngest managers in the game, yet he commands lots of respect given his huge achievements as a player.

The relationship between him and Defoe would likely surpass that of a manager-player type given their history together, and that cordiality could earn Rangers plenty of rewards in front of goal.

The English striker will no doubt be a huge influence to other players and act as one of the leaders in the dressing room, and his experience will definitely come handy to the players in the title race this season and the next.