Given their escalating debts and presumably dwindling coffers, the perceived wisdom seems to be that Manchester United may eventually be found guilty of writing cheques that their collective posteriors can’t really afford to cash when it came to promising the world to Wayne Rooney in exchange for the next five years of his footballing career.

Since making his desperate pleas for ‘ambition’ public, United had it all on to convince Rooney that sufficient plans were afoot to suitably rejig the squad in preparation for an assault on the various league, cup and European silverware that their star man seems to feel he is entitled to.

Taking into account the Daily Star‘s (I know, I know, but please just allow me this one flight of fancy) assumption that Rooney was told by Joel Glazer that the club’s money men have somehow freed up £60 million in the way of transfer funds for use over the course of the next nine or ten months, I thought I’d take a little look at the players that United are rumoured to be seriously considering frittering away their kitty on…

Wesley Sneijder, Inter Milan: The refreshed scope that Rooney’s plea provided to the rumour-mongers meant that the Inter playmaker’s name was the first on everybody’s lips when it came to discussing United’s potential transfer targets.

Sneijder has flirted outrageously with a move to Old Trafford in the past, although Nerazzurri president Massimo Moratti seems to be fairly certain that the Dutchman will be putting pen to paper on a contract extension at the Giuseppe Meazza at some point within the next few days.

He would undoubtedly be a perfect addition to the United midfield but, alas, it would appear that he is very much unavailable. How Sir Alex Ferguson must be ruing missing out on  Rafael (the ‘poor man’s Sneijder) van der Vaart on transfer deadline day – who left Real Madrid for Tottenham for the paltry sum of just £8 million. 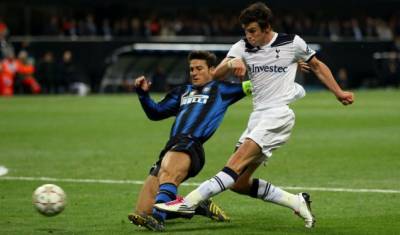 Gareth Bale, Tottenham: I think it’s fairly safe to file this one under ‘never going to happen in a month of Sundays’. Bale’s recent performances (a certain hat-trick springs to mind) will have served to both inflate his supposed market value far beyond United’s means and inflate Spurs’ resolve to hold on to him.

Edin Dzeko, Wolfsburg: From what I’ve seen (admittedly, not all that much) I really don’t believe that Dzeko is all he’s cracked up to be. I’m not saying that he’s not a decent target man, his exemplary goal record in the Bundesliga clearly states otherwise, but when fees of £40+ million are being bandied around then you know something has gone slightly awry somewhere down the line. I think I’d be willing to let AC Milan take the hit if I were Ferguson.

Mauricio Isla, Udinese: It is an inescapable truth that the world’s best right-backs will not be moving clubs any time soon, so United will have to set their sights slightly lower in a bid to acquire some quality cover for the slowly fading Gary Neville and Isla seems to fit the bill perfectly – as well as being able to cover right across the back four and in midfield if needed. The Chilean played well at the World Cup in South Africa and has since been linked with a £6 million move to Old Trafford, which seems to make perfect sense to me. 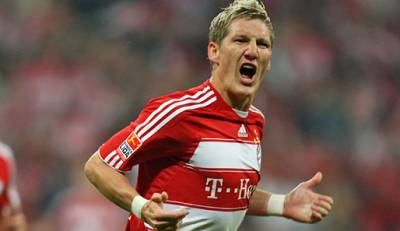 Bastian Schweinsteiger, Bayern Munich: Rumours doing the rounds this morning suggest that Ferguson is seriously considering shelling out upwards of £30 million in order to pilfer Bayern Munich’s midfield hub, who he sees as the perfect replacement for United’s veteran custodian Paul Scholes – and I can’t find grounds for an argument there.

Schweinsteiger is already one of Bayern’s longest-serving players, despite only being 26 years of age, and has blossomed from a pugnacious upstart into a wonderfully creative and destructive central midfielder during his time at Der FCB.

Should Schweini make the move to Old Trafford this coming summer, he would become the first German ever to play for United, but a mooted transfer fee of £35 million may prove to be prohibitive to say the least – although a £12 million move for his Bayern teammate Toni Kroos may well be in the offing. 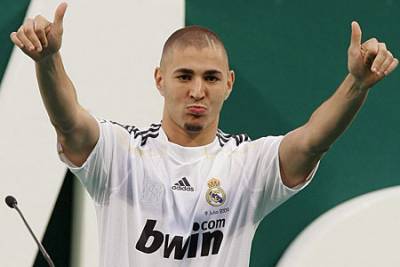 Karim Benzema, Real Madrid: The French wastrel has recently signalled that he is perfectly happy to sit on the bench at the Bernabeu and keep on raking in those astronomical wages in exchange for nothing much, but surely a chance to resurrect and revitalise his ailing reputation at one of the biggest clubs in Europe would prove too tempting.

Los Blancos coach Jose Mourinho is obviously not a fervent supporter, therefore Benzema may possibly be available for somewhere around the £12-15 million mark – which would prove to be a significant coup if, by straightening his attitude out, the 22-year-old came anywhere close to recapturing the stellar form he displayed at Lyon just 15 months back.

Darren Bent, Sunderland: An outside bet, but still a fair shout. He’s English, therefore he’ll be massively overvalued, but a bid somewhere in the region of £20 million may be enough to sway Sunderland into parting with their proven goal machine. Whether he’d be needed or not at Old Trafford is another matter.

So, the question goes out. Which £60 million’s worth of talent do you think Sir Alex Ferguson should be running the rule over in order to sate Wayne Rooney’s restless demands?