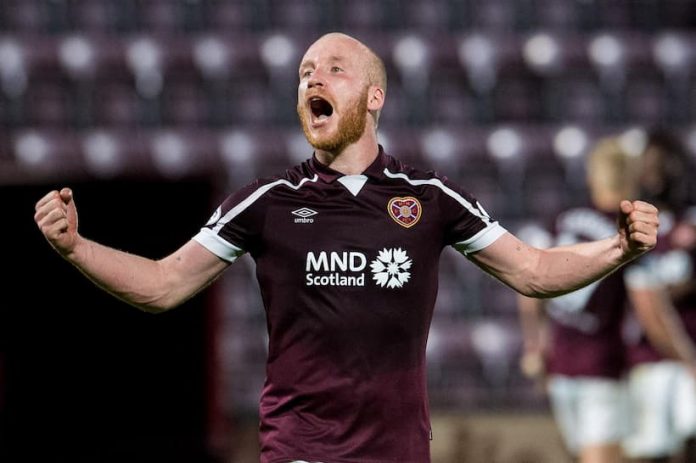 Celtic will be hoping to close the four-point gap on Rangers at the top of the Scottish Premiership when they travel to face high-flying Hearts this evening.

Hearts are having a fantastic season by all accounts and occupy third place in the league table.

Though Robbie Nielson’s side is 13 points off the pace for a title push, dreams of European nights in Midlothian will be enough to ensure a stern test for the Hoops this evening.

For further info on Hearts vs Celtic live streams, a full preview, the latest team news, and a free bet, read on:

If you’re looking to live stream the Scottish Premiership clash between Hearts & Celtic tonight, then bet365 is a fine option.

Just sign up at bet365 to watch Hearts vs Celtic live stream, as well a plethora of other fixtures from across the world of football.

Hearts have won four games on the bounce in all competitions and taken 12 points from a possible 15 in the Scottish Premiership. So, Hoops fans should not expect an easy-out at the Tynecastle Stadium tonight.

Robbie Neilson’s team will also be high on confidence after putting five past Auchinleck Talbot at the weekend in the Scottish Cup.

Few would expect Hearts to close the 13 point gap at the top of the table but the promise of European nights at Tynecastle in either the Europa or Europa Conference League next season beckons Neilson’s men. A home win tonight would go a long way to ensuring these dreams become a reality.

However, it was Celtic who took the three points vs Hearts the last time the two sides met. Japanese forward Kyogo Furuhashi scored the winner in that game. But Furuhashi (hamstring) will be missing this evening and is possibly even out for the rest of the year. Bad news for Celtic. Great news for fans of Hearts and Rangers.

Still, even without their star man, Celtic have been on an 11-match undefeated streak and are now just four points behind Rangers, who face Livingstone tonight, in the league table.

Last weekend, the Hoops took part in the Scottish Cup where they progressed to the next round vs Alloa Athletic, winning the game 2-1 thanks to goals from Giorgos Giakoumakis and Liel Abada.

This fine recent run of form from the Green and Whites (not to mention a string of good transfer business in the window to date) will no doubt have Rangers fans looking over their shoulder for the remainder of the season – neither side can afford too many slip-ups!

There are also numerous of Hearts vs Celtic betting offers available for this game, click here to find out more.

When does Hearts vs Celtic City kick-off?

The Scottish Premiership game between Hearts and Celtic kicks off at 19:45 BST on January 26

John Souttar isn’t expected to be fit enough to play this evening. But, after returning with two goals last weekend, striker, Liam Boyce, is expected to continue up top.

Captain Callum McGregor suffered a facial injury during Celtic’s last match and will not feature this evening.

Celtic’s star man, Kyogo Furuhashi, is now expected to miss the rest of the season as the hamstring injury that has kept the Japanese forward out of action in recent games is reported to require surgery.

Furthermore, both Yosuke Ideguchi and Abada are doubts for the trip to Hearts after coming off injured in the cup last week.